A brief history of the ministry, as recounted by David 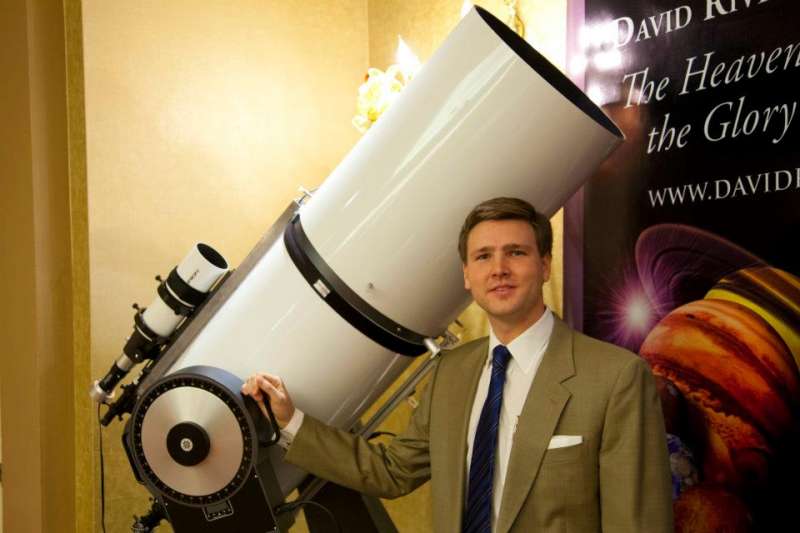 From a young age I had been interested in astronomy and space, and at the age of 9 my family purchased a ten inch reflector telescope, which we would set up and enjoy on clear nights. I remember viewing and tracking comet Hale-Bopp through that very telescope week after week. It was a beautiful sight and astronomy was a small hobby for many years.

The pivotal moment for me came in early 2007, as my interest in astrophotography (taking photos of deep-space objects through telescopes) began to grow. At that time, I got a 16″ observatory-class LX200 GPS with full go-to technology. It was a mammoth optical telescope, shipped special order from California, arriving on February 20th.

After quite a bit of setup (the total weight including mount and base was over 600 lbs) I looked through the telescope for the first time. The things visible through it were nothing short of breathtaking. I was amazed! But why was I keeping this to myself? Why shouldn’t I use this opportunity to share these amazing sights with others? My strong Biblical beliefs kept leading me back the verse in Psalms that says “The heavens declare the glory of God.” Perhaps I could use this new technology, along with an indoor presentation and Hubble space photography to tell people about God’s glory?

Only weeks later, I began the formation of David Rives Ministries and started the long, time-consuming process of achieving the status of a non-profit religious organization.

On March 13, the website was starting to take shape and the whole idea was quickly turning into reality. An enclosed storage trailer would be necessary to transport equipment for presentations, and needed to be stable enough to safely transport any delicate telescope optics, should I decide to transport the telescope. I began researching astrophotograpy, and started taking photos of the things I saw through the telescope, using specialized high-resolution cameras and equipment. This was accomplished in May of ‘07.

By May 31, I had begun to form a board of directors comprised of colleagues and friends experienced in the business world. Multiple visits to the state and government offices, more paperwork and legal processes. July came, and the website was finished. Most of the equipment had already been procured. In the meantime, long nights at the telescope and nonstop research into scientific issues and astronomy. Biblical studies in Genesis, creation, and relevant issues. I formed a presentation that outlined my research and used some of the beautiful photos of space that I was so intrigued by.

By Nov 6, I had sent out the first e-newsletters, and had a finished working Power-Point. On Nov 8, I tested my first presentation for about 50 people in a small church north of Nashville, TN. Finally, on Nov 18th, David Rives Ministries received Non-profit tax-exempt 501c3 status. The hard work was paying off.

Shortly before this, I had begun production on my first DVD, “The Heavens Declare the Glory of God”. By Nov 30, I had business cards, brochures, and a first draft of the DVD and by mid-December, that DVD was finalized. On Dec 20th, the website had been redesigned and updated, and David Rives Ministries sent out an official email announcement. Calls, emails, and ideas came flooding in. This filled a big need in Creation ministry and was a unique subject.

Eleven months after a spark of an idea… An idea of how to not only share a Gospel message, but use creation science to spread the majesty of the heavens through the wonderful world of astronomy… I found myself in Montgomery, Alabama, on January 27, 2008. Across town on an electronic billboard, my photo is flashing every few seconds, seemingly in rhythm to the traffic – so much larger than life, calling people to the event tonight. It’s a beautiful Sunday night, and I’m standing behind the pulpit of Eastern Hills Baptist Church. The entire choir just finished singing “The Majesty and Glory of Your Name” choreographed to my new documentary’s intro, featuring photos of the most astounding stars, galaxies and nebulae in the night sky. Last Sunday night, the members would tell you they had around 75 in attendance.

But tonight, in front of a packed sanctuary of 550 people, I take a breath and begin to speak of God’s great love, and give them an account of how “The Heavens Declare the Glory of God” 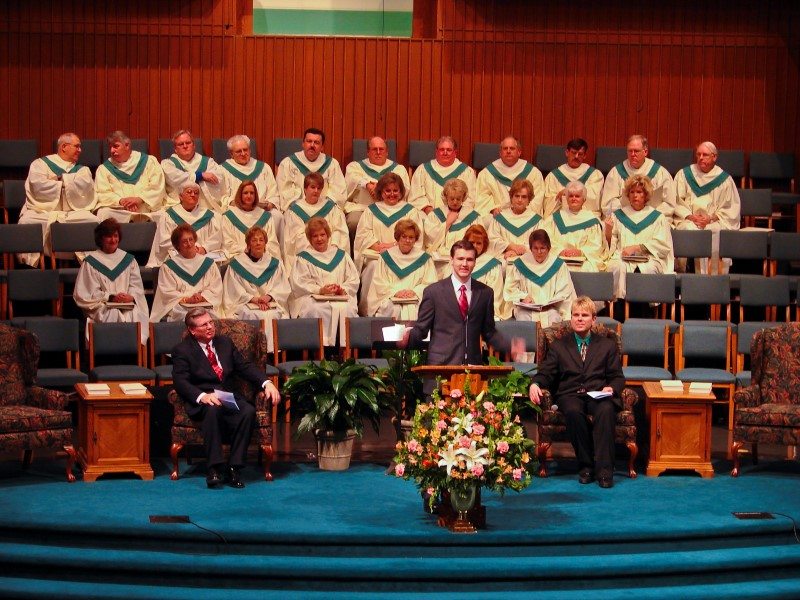