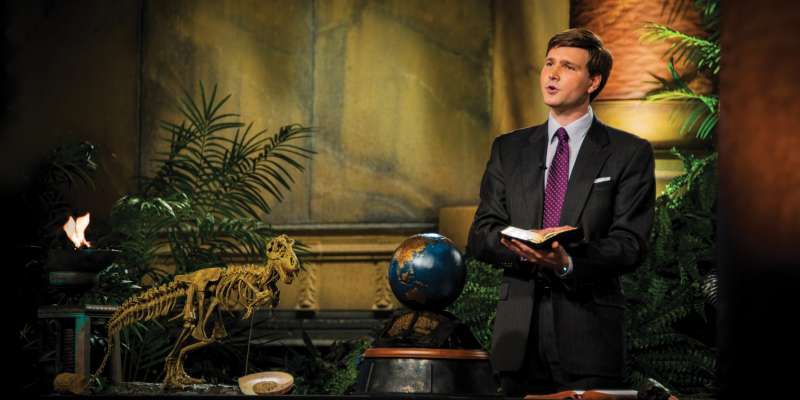 Find out what it takes to schedule an event in your area, and more about the presentation topics.

“In the beginning, God created the heaven and the earth…”

The Creator left a pattern of His fingerprints across each corner of the universe, found in every crevice on earth, and imprinted in every cell of our bodies. A pattern that David Rives has devoted his life to finding and sharing… while declaring the glory of God through scientific study.
David’s documented field experience in astronomy, paleontology, and archaeology has made him an in-demand speaker with expert knowledge and his powerful and inspirational delivery makes learning about Bible history and science fun and easy for audiences of all ages.
Using the ministries‘ observatory-class telescopes, his breathtaking astrophophotography has been featured in textbooks, scientific literature, and shown to audiences around the world. Just as the heavens declare the glory of God, David Rives is proclaiming the manifest presence of God throughout the universe, throughout our world and most especially in the lives of those who know Him.
David’s weekly TV show “Creation in the 21st Century” airs to millions globally on TBN. He is a weekly news columnist on science and the Bible, and is author of the books “Wonders Without Number” and “Bible Knows Best.”
Featured on the History Channel, and heard on talk radio, David’s exciting life and world travels are documented on his ministries’ active Facebook page http://facebook.com/DavidRivesMinistries
Whether he’s on a documentary shoot at the Grand Canyon, chasing solar eclipses in the Pacific Northwest, rappelling on the cliffs of Qumran, Israel, or digging up Dinosaurs and flood evidences in the field of paleontology, you will be on the edge of your seat learning of David’s latest adventure!
One of his favorite activities is to awe audiences with the incredible accounts of discovery, Biblical accuracy, and creation-based science, and show that each person is “wonderfully made” with purpose – a biological miracle from our Designer, not a product of random chance. David appeals to some of the largest Christian church audiences in the country, but also enjoys interacting and sharing the Gospel with those who might be skeptical. He leads discovery tours, keynotes at conferences, and has a rigid filming schedule for his TV show, video series, and more.
A singer/songwriter as well with Top-40 radio hits, David’s creativity allows him to approach each project he tackles with a unique perspective.
As a seasoned pro with 10 years’ experience in TV and radio, David Rives is regularly available for interviews, features, film projects, speaking engagements, and more. Contact us at booking@davidrives.com or call 931.212.7990 to learn more.
Additional background:

Find out what it takes to schedule an event in your area, and more about the presentation topics. 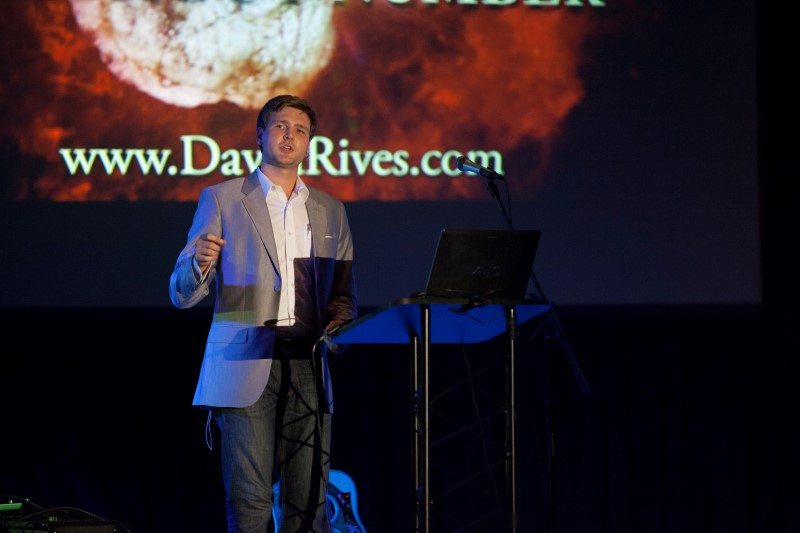 Formed in 2007, David Rives Ministries is founded upon and rooted in the scriptural mandate to go into all the world, proclaiming the Gospel and the truth of God’s love. We do that through awe-inspiring presentations revealing God’s glory through creation science.

David Rives Ministries is involved in many aspects of ministry:

David Rives Ministries and it’s sister ministries are made up of a diverse group of people, including staff, a Board of Directors, volunteers, columnists, and more. As such, it is not affiliated with any one denomination. However, a summary of our core beliefs can be found here.

A brief history of the ministry’s early years, given by David Rives