The purpose of David Rives Ministries is to share the Gospel and declare the glory of God through science.

WE BELIEVE THAT: All scripture is given by inspiration of God, and is profitable for doctrine, for reproof, for correction, for instruction in righteousness (2 Timothy 3:16)

WE BELIEVE THAT: In the beginning God created the heaven and the earth. (Genesis 1:1)

WE BELIEVE THAT: Wherefore, as by one man sin entered into the world, and death by sin; and so death passed upon all men, for that all have sinned: (Romans 5:12)

WE BELIEVE THAT: Whosoever committeth sin transgresseth also the law: for sin is the transgression of the law. (1 John 3:4)

WE BELIEVE THAT: For by grace are ye saved through faith; and that not of yourselves: it isthe gift of God: Not of works, lest any man should boast. (Ephesians 2:8-9)

WE BELIEVE THAT: For the wages of sin is death; but the gift of God is eternal life through Jesus Christ our Lord. (Romans 6:23)

WE BELIEVE THAT: For all have sinned, and come short of the glory of God; Being justified freely by his grace through the redemption that is in Christ Jesus: Whom God hath set forth to be a propitiation through faith in his blood, to declare his righteousness for the remission of sins that are past, through the forbearance of God. (Romans 3:23-25)

WE BELIEVE THAT: If we say that we have no sin, we deceive ourselves, and the truth is not in us. If we confess our sins, he is faithful and just to forgive us our sins, and to cleanse us from all unrighteousness. (1 John 1:8-9)

WE BELIEVE THAT: For in him dwelleth all the fulness of the Godhead bodily. (Colossians 2:9)

WE BELIEVE THAT: In the beginning was the Word, and the Word was with God, And the Word was God. The same was in the beginning with God. All things were made by him; and without him was not any thing made that was made. In him was life; and the life was the light of men… He was in the world, and the world was made by him, and the world knew him not. He came unto his own, and his own received him not. But as many as received him, to them gave he power to become the sons of God, even to them that believe on his name. Which were born, not of blood, nor of the will of the flesh, nor of the will of man, but of God. And the Word was made flesh, and dwelt among us, (and we beheld his glory, the glory as of the only begotten of the Father,) full of grace and truth. (John 1:14 and 10-14)

WE BELIEVE THAT: Jesus said unto them, Verily, verily, I say unto you, Before Abraham was, I am. (John 8:58)

WE BELIEVE THAT: …Jesus also being baptized, and praying, the heaven was opened, And the Holy Ghost descended in a bodily shape like a dove upon him, and a voice came from heaven, which said, Thou art my beloved Son; in thee I am well pleased. (Luke 3:21-22)

WE BELIEVE THAT: …they took Jesus, and led him away. And he bearing his cross went forth into a place called the place of a skull, which is called in the Hebrew Golgotha: Where they crucified him… (John 19:16-18)

WE BELIEVE THAT: …he was buried, and that he rose again the third day according to the scriptures. (1 Corinthians 15:4)

WE BELIEVE THAT: Also I say unto you, Whosoever shall confess me before men, him shall the Son of man also confess before the angels of God: But he that denieth me before men shall be denied before the angels of God.  And whosoever shall speak a word against the Son of man, it shall be forgiven him: but unto him that blasphemeth against the Holy Ghost it shall not be forgiven. (Luke 12:8-10)

WE BELIEVE THAT: if thou shalt confess with thy mouth the Lord Jesus, and shalt believe in thine heart that God hath raised him from the dead, thou shalt be saved. (Romans 10:9)

WE BELIEVE THAT: For God hath not called us unto uncleanness, but unto holiness. He therefore that despiseth, despiseth not man, but God, who hath also given unto us his holy Spirit. (1 Thessalonians 4:7-8)

WE BELIEVE THAT: without controversy great is the mystery of godliness: God was manifest in the flesh, justified in the Spirit, seen of angels, preached unto the Gentiles, believed on in the world, received up into glory. (1 Timothy 3:16)

WE BELIEVE THAT: the Comforter, which is the Holy Ghost, whom the Father will send in my name, he shall teach you all things, and bring all things to your remembrance, whatsoever I have said unto you. (John 14:26)

WE BELIEVE THAT: For we must all appear before the judgment seat of Christ; that every one may receive the things done in his body, according to that he hath done, whether it be good or bad. (2 Corinthians 5:10)

WE BELIEVE THAT: When the Son of man shall come in his glory, and all the holy angels with him, then shall he sit upon the throne of his glory: And before him shall be gathered all nations: and he shall separate them one from another, as a shepherd divideth his sheep from the goats: And he shall set the sheep on his right hand, but the goats on the left. Then shall the King say unto them on his right hand, Come, ye blessed of my Father, inherit the kingdom prepared for you from the foundation of the world: (Matthew 25:31-34)

WE BELIEVE THAT: Every word of God is pure: he is a shield unto them that put their trust in him. Add thou not unto his words, lest he reprove thee, and thou be found a liar. (Proverbs 30:5-6)
Therefore, for an exhaustive listing of our beliefs, visit HERE 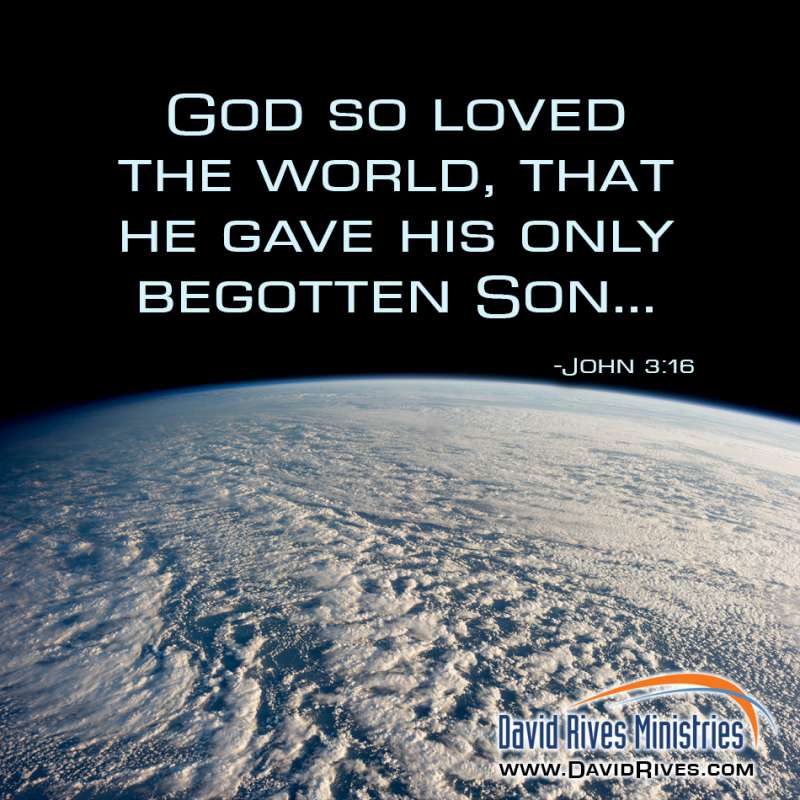