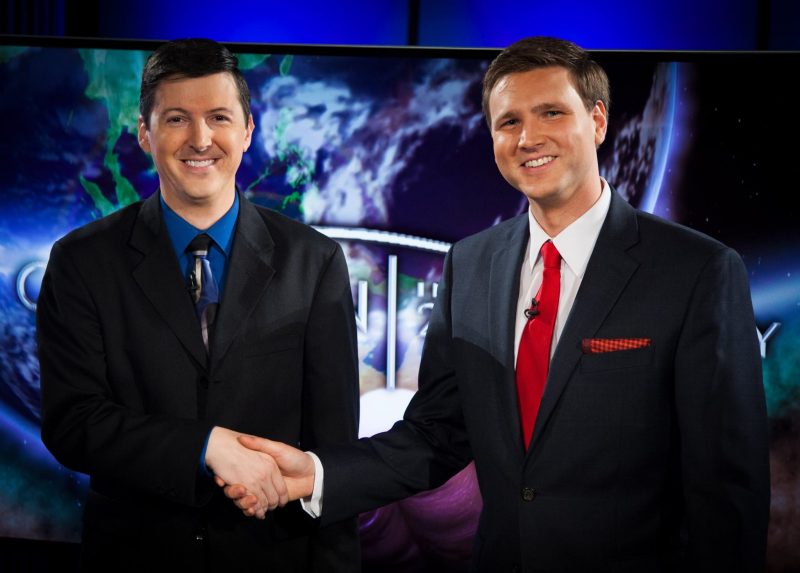 Join David Rives as he welcomes Dr. Jason Lisle to the program. Did the universe form over long ages of time? Do we need billions of years to explain what we see in astronomy? Find answers on this week’s episode of “Creation in the 21st Century.” CLICK HERE to PREORDER “The Universe: A Journey Through God’s Grand Design” 4 DVD Series in the Creation Superstore

The Universe: A Journey Through God’s Grand Design takes viewers on a journey through time and space, exploring how some of the greatest discoveries in astronomy were made by scientists of faith seeking to understand the exquisite order of God’s universe.

In The Universe: A Journey Through God’s Grand Design, Host Markus Lloyd travels to world-class observatories and other locations, guiding viewers through the history of astronomy. From early theories of the solar system to Newton’s laws to the space race, every century yields profound discoveries and new mysteries to explore. Each episode takes us deeper into space and closer to today, when interplanetary probes reveal astonishing evidence that confirms and leaves us in awe of God’s grace and power.

Episode 1: Ancient Astronomy
Ancients used the motions of the stars to guide them, but how and why the heavens work as they do remained a mystery. Experts reveal how early astronomers like Kepler and Galileo were driven to explore the heavens by a desire to understand the order in God’s universe.

Episode 2: A Golden Age
The Age of Enlightenment ushered in a period of great advances in scientific understanding, led by men of faith like Sir Isaac Newton. This episode explores remarkable discoveries that enabled us to understand distant stars and galaxies—and our place in the universe.

Episode 3: Into the Stars
The work of 19th-century astronomers gave us a better understanding of distant stars, but 20th-century secular thinking led to some faulty and fanciful theories. The arrival of spaceflight ushered in a new era of scientific advancement that would shed light on the age of the universe and accuracy of the Bible.

Episode 4: Pushing Forward
The space race and manned missions gave us a new way to investigate the solar system beyond our own planet. Modern Christian scientists describe how astonishing discoveries from today’s space explorations confirm the Bible and strengthen their faith.