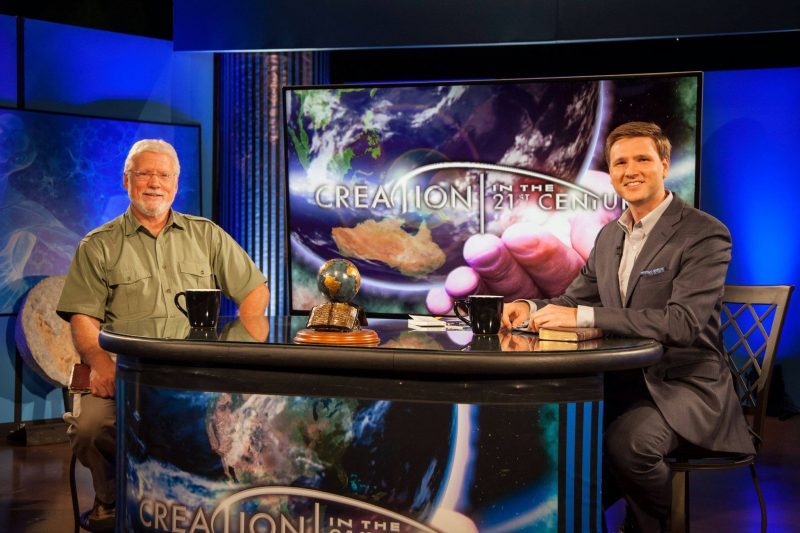 Join David Rives as he welcomes Mike Snavely to the program. Is there really solid evidence to prove that cavemen, hominids, and ape-like ancestors have been found, disproving the Bible? Find out more on this week’s episode of “Creation in the 21st Century.” CLICK HERE to check out “Aunt Lucy?” DVD in the Creation Superstore

In this session, we consider (with a degree of humor) some of the “evidence”, methods, and bias that produces the fables of hominids and pre-human cavemen. If mankind evolved from some sort of ape-like creature, then there should be of evidence of that, too. LOTS of it!

There are no scientific laboratory models that indicate Darwinian evolution has ever occurred, or that it is even possible.  Therefore, the only other source that could possibly verify the theory would be the fossil record – – – literally, solid evidence!

CLICK HERE to check out “From Monkey To Man? The True Origin Of Human Life” DVD Combo in the Creation Superstore

BETTER TOGETHER! – Purchase From Monkey to Man? The True Origin of Human Life DVD Combo which includes “LUCY EXPOSED – Putting Human Evolution’s Leading Icon to Rest” and “MADE IN HIS IMAGE – Exploring the Complexities of the Human Body” 4 DVD Series, to learn the ‘rest of the story’ about the unproven theories of human evolution and the true origin of human life.

What can a handful of bone fragments tell us about the true origin of the ‘Lucy’ hominid? We’ve all seen it in a museum – The ascent from ape to man over millions of years — But if evolution is true, where are all the bones of these ape-like ancestors? Find out what the museums don’t tell you!

In this set – From Monkey to Man? The True Origin of Human Life DVD Combo you will also receive: