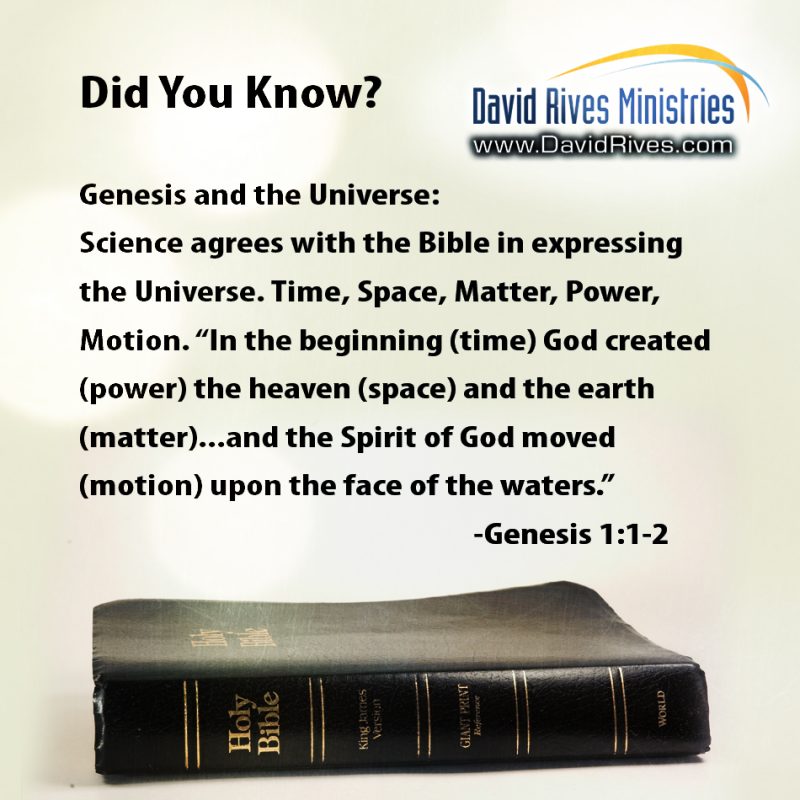 Speaking on Wisdom, and its institution before time itself, Proverbs 8 says: “I was set up from everlasting… While as yet he had not made the earth, nor the fields, nor the highest part of the dust of the world.” – Or, broken down in Hebrew, “the chief dust of the Earth”.

An interesting side-note is that King Solomon, widely regarded as the wisest man on Earth, wrote this Proverb in the first-person as wisdom itself.

Now, what is the “Chief Dust of the Earth”?

Well, at the time this was written, science had not yet discovered the atomic structure of everything that makes up the Universe. We now know that everything tangible that we see around us is comprised of atoms. A system of electrons, protons, and neutrons. But it wasn’t until the 1980’s before we could actually create the technology to visualize the tiny atoms, and indeed, the chief dust of the Earth is pretty impressive:

One single drop of water contains around 6 sextillion atoms! That’s 2 sextillion Oxygen atoms and 4 sextillion Hydrogen atoms. A 6 with 21 zeroes after it.

The Bible knew best and King Solomon spoke of the particles that make up this world long before science caught up with Biblical Truth.