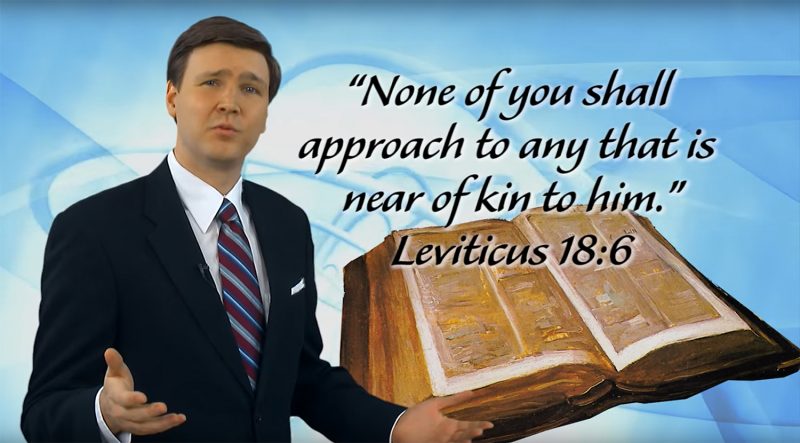 There are many instances in early Biblical history of people marrying closely related family. In fact, it doesn’t seem to be a big deal, and if we take the Bible literally at its word, this would have been necessary just after Adam and Eve were expelled from the Garden, as well as immediately following the Genesis Flood.

But in Leviticus 18:6 things appear to have changed. It states “None of you shall approach to any that is near of kin to him.”

Some might ask: “Why now? Did God suddenly change His mind?” Does the Bible know best?

What we don’t usually take into consideration is that Adam and Eve had a 100% pure genetic code. Beginning at the very next generation, copy errors would have been made in the DNA sequence, and over time, these errors would only worsen, producing non-beneficial genetic traits and mutations. Two people who are related will share a similar genetic make-up, in fact, it will identically overlap in some cases. But this means that any recessive genetic traits have a great chance of being passed on to their children, and the more this inbreeding takes place, the more birth defects, mutations, and even mental disabilities.

At the appropriate time in history, we were commanded not to marry close relatives, and long before genetic science, once again, the Bible knew best.