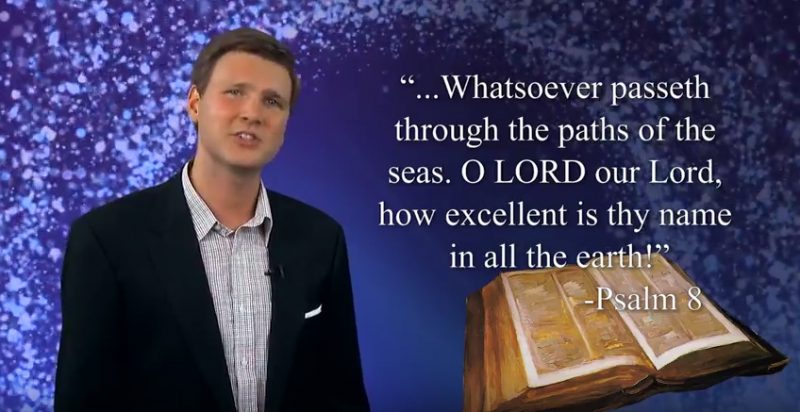 Matthew Fontaine Maury was known as the “Pathfinder of the Seas”. His story — goes something like this:

In the mid 1800’s, Matthew became ill and was laid up in bed. So, one day, his daughter came in to keep him company and began to read from the book of Psalms: “What is man, that thou art mindful of him? …Thou madest him to have dominion over the works of thy hands… whatsoever passeth through the paths of the seas. O LORD our Lord, how excellent is thy name in all the earth!”

As she read the last portion of Psalm 8, Matthew sat up in bed, and began to repeat “Paths of the sea, paths of the sea…” He exclaimed “If I ever get out of this bed, I’ll find out what these paths are!”

So – Does the Bible Know Best? Was there science in that simple verse, just waiting to be discovered?

Maury made it one of his life’s efforts to chart the ocean currents and the paths of the sea, revealing extremely efficient channels for ships to follow.

A monument in Virginia is inscribed in his honor: “Matthew Fontaine Maury, Pathfinder of the Seas, the genius who first snatched from the oceans and atmosphere the secret of their laws. His inspiration, Holy Writ…” Or, I would say “Bible Knows Best”