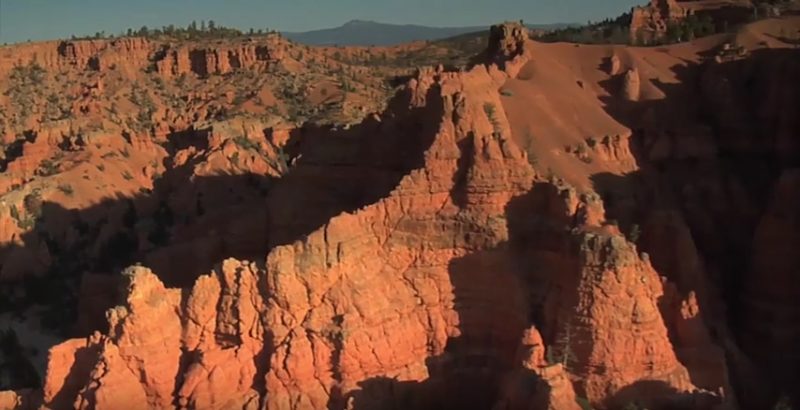 Gen 7:19 says that at the time of Noah’s flood, “the waters prevailed exceedingly upon the earth; and all the high hills, that were under the whole heaven, were covered.”

It describes a catastrophe that destroyed almost all of the life on the planet. It involved tremendous amounts of water, and would have had an erosive power unlike anything that has happened since.

Catastrophism has been observed to form geological formations like the Grand Canyon very quickly.

In 1980, Mt. St. Helens erupted with tremendous force, and one of the side-effects was a natural dam of ash and debris that backed up Spirit Lake. Eventually, after a smaller eruption, a giant mudflow formed, washing out a huge new canyon in a matter of hours.

This, on its own, is significant, but the new canyon was also found to contain multiple layers of exposed strata.
Soft strata layers have been observed to rapidly lithify… or harden… similar to the hard rock layers we find at the Grand Canyon today.

It’s not in the scope of this video to lay out the various theories on how the Grand Canyon formed, but these recent catastrophic events and the subsequent geologic formations should be more than enough reason for us to take a second look at rapid flood erosion… And certainly more than enough to call into question the supposed millions of years that are said to be necessary to produce massive wonders like the Grand Canyon.