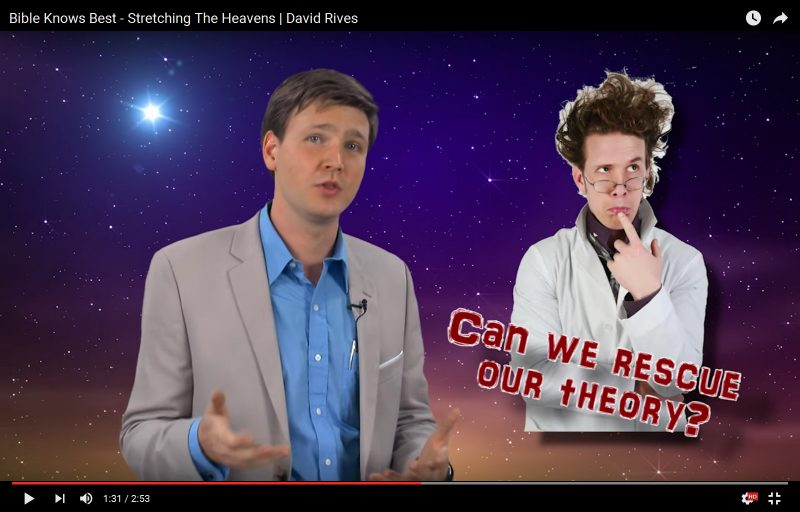 Isaiah 40:22 says that God “stretches out the heavens” but until the early 1900’s, that concept was pretty difficult to grasp. We just didn’t know enough about cosmology.

A lot changed in 1912, when an astronomer by the name of Vesto Slipher, using the Lowell Observatory telescopes in Flagstaff, was able to measure an apparent recession of spiral galaxies through Doppler shift. Now, he didn’t realize the implications of his find, until others began to propose explanations for what he had observed.

What he saw could have been explained as the result of galaxies randomly flying away from us, but that didn’t seem to be the most logical explanation. So, what could it be? If you were to visualize galaxies resting on the fabric of space, and then imagine someone standing at the corners of the fabric and pulling. As the fabric was stretched, the universe (and the galaxies inside of it) would EXPAND.

Now, science has shown that an expanding universe would explain what is observed. So, we may be on the right track. But again, with the uniformitarian assumptions that are used in science, it’s easy to extrapolate backward and try to fit the universe into a tiny dot. That’s exactly what they do. They assume that a Big Bang must have caused the expansion, and they put an arbitrary date on the event of 14 billion years. This is highly theoretical.

In fact, troublesome problems within the theory, including the “horizon problem” cause them to create a rescuing device for their model, claiming that perhaps the universe hasn’t always expanded at the same rate, and during the beginning of the universe, the heavens were rapidly stretched before settling down to the more linear, slow expansion that we see today.

I would agree with this! But I wouldn’t agree that it magically and spontaneously took place 14 billion years ago. I mean, a random natural event forming the universe seems pretty unlikely. It certainly isn’t scientifically observable. But if the Bible is the inspired word of God, and is full of good science, then what if God REALLY DID rapidly stretch the fabric of space in the beginning, before setting it on a sustaining linear path of expansion? It seems again that the Bible knows best.