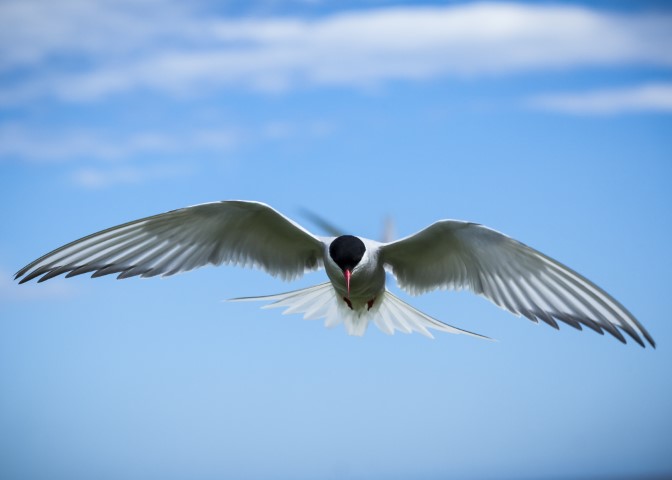 CLICK HERE TO CHECK OUT THE AMAZING ANIMALS OF ALASKA 2 DVD SET TO LEARN MORE ABOUT THE ARCTIC TERN AND OTHER INCREDIBLE ALASKAN CREATURES.

In the book of Job, God asks the following question: ““Doth the hawk fly by thy wisdom, and stretch her wings toward the south?” In Jeremiah 8, we read “Yea, the stork in the heaven knoweth her appointed times; and the turtle and the crane and the swallow…”

Is this merely poetic, or does the Bible know best?

It’s true, birds know when it’s time to migrate, and typically, they follow the warmer weather south for winter, and back north as summer nears.

The Arctic Tern is a seabird, sometimes referred to as a sea swallow. There are around 1 million arctic terns globally, and, just like other birds, they migrate. They take a particular course, often varying from year to year to take advantage of prevailing winds. They are known to mate for life, and have been known to live for up to 30 years.

But unlike other birds, their migration paths are quite extraordinary. You see, terns may begin their journey in Greenland, or the Netherlands, and pick a path southward, down the African coast… but they don’t stop there. Some have been tracked to fly as far east as Australia, before they turn down and spend a good portion of the year in Antarctica. As they begin their North migration, they will many times trace an entirely different route back, to end up in the far northern hemisphere once more. A 56,000 mile annual journey, equaling up to 1.5 million miles in their lifetime.

Do birds fly by your wisdom? Or does the remarkable Arctic Tern point to a much smarter Designer, who instilled the inherent knowledge of migration in the fowl of the air?