Click below to play:
Creation in the 21st Century with David Rives
Episode 22. “Grand Canyon | The Puzzle on the Plateau” – With guest Mike Snavely of Mission: Imperative

Join David Rives in this episode of Creation in the 21st Century as he welcomes Mike Snavely of Mission: Imperative to the program to discuss an in intriguing theory as to how the Grand Canyon could have been formed as we as see it today!

If you are interested in getting more resources on the topics of this week’s episode of Creation in the 21st Century, please follow the links below. 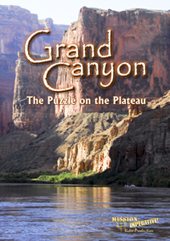 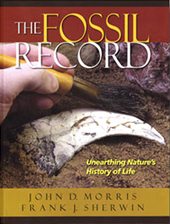 Click  Here to purchase Grand Canyon DVD in the Creation Superstore
For the first time, see the most rational explanation of what actually happened ~ a dam breach, then a runaway cataclysm! This video presents brand new ideas and material. Mike Snavely, president of Mission Imperative, is your host on this amazing adventure. Also, as a bonus documentary, join Mike as he describes his 300-mile raft journey on the Colorado River through the entire canyon!

Click Here to purchase The Fossil Record Book in the Creation Superstore
Evolutionists rely on the fossil record for support of their theory, but what does that record really reveal? ICR geologist Dr. John Morris and zoologist Frank Sherwin unearth the evidence of earth’s history and conclude that the fossil record is incompatible with evolution, but remarkably consistent with the biblical account of creation and the great Flood of Noah’s day.