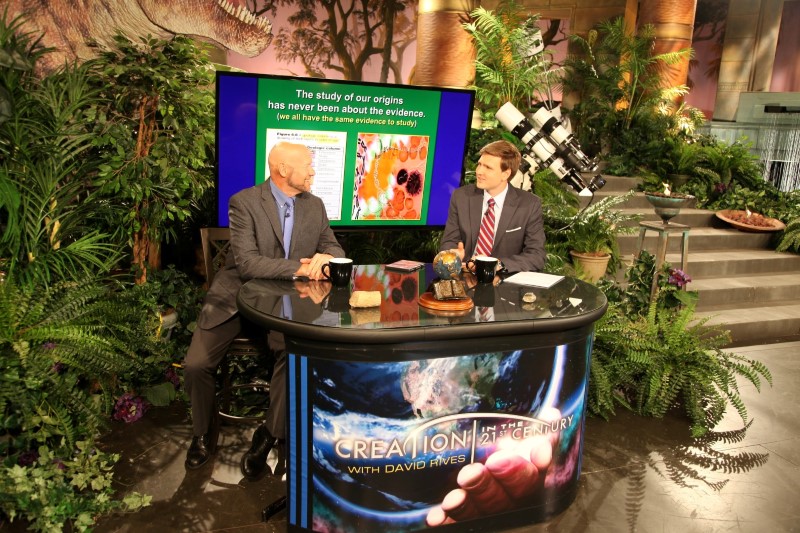 DID YOU KNOW? There is a mile of geologic strata that is missing above the current rim level of Grand Canyon. Join David Rives (host) on this week’s episode of Creation in the 21st Century, as he welcomes Russ Miller of “Creation, Evolution & Science Ministries” to talk about an event that has been dubbed “The Great Denudation.” This event washed away a mile of sediment that once existed above the current ‘rim level’ of the Grand Canyon. Tune in to TBN, Wednesday, June 3rd @ 11 am CST (9 am Pacific) to see this episode of Creation in the 21st Century titled: “The Grand Canyon: The Missing Mile”

If you’re interested in getting more information on this subject, follow the link below to check out Russ Miller’s DVD in the Creation Superstore All new and updated DVD series on the geologic formations formed during and after the Global Flood. A former Theistic Evolutionist, Russ now ministers to Christians and non-Christians alike, stating: “I am not attacking anyone who has been misled into believing in Darwinism, Theistic Evolution or Progressive Creation. I am here to help them, just as someone helped me.”

CLICK HERE TO GET THIS DVD IN THE CREATION SUPERSTORE