Click below to play:
Creation in the 21st Century with David Rives
Episode 16. “The Pillars of Evolution” – With guest Mike Snavely

Join David Rives in this episode of Creation in the 21st Century as he welcomes Mike Snavely of ‘Mission: Imperative’. You will be on the edge of your seat as Mike presents undeniable evidence showing why evolution is based on faith, rather than being validated by the scientific process. As an exciting and energetic speaker, Mike delivers a dynamic presentation. This 30 minute program will leave you wanting to know more.

If you are interested in getting more resources on the topics of this episode of Creation in the 21st Century, please follow the links below. 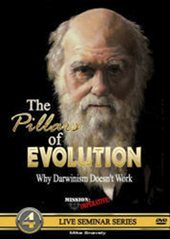 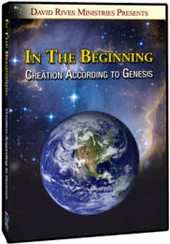 CLICK HERE to learn more about The Pillars of Evolution DVD by Mike Snavely
In this DVD, Mike illustrates in plain, easy-to-understand language, why evolution is based on faith, rather than being validated by the scientific process. This DVD video was taped while Mike Snavely was giving the same presentation that he gives on this week’s episode of Creation in the 21st Century.

CLICK HERE to learn more about In The Beginning – Creation According to Genesis DVD by David Rives
This 30 minute DVD documentary discusses the topics of Biblical astronomy and Creation.