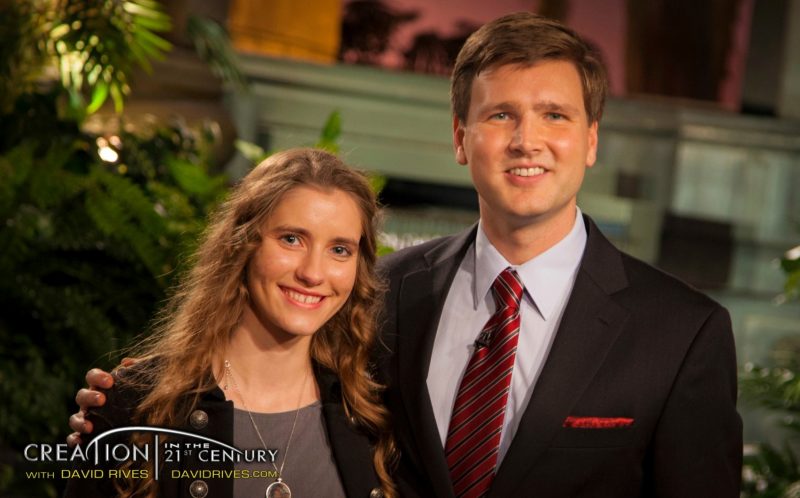 Join David Rives (host) and Sara J Bruegel (Genesis Science Network associate and friend of David Rives Ministries), as they talk about the fascinating subject of ‘Dinosaurs’. Sara and David also discuss various finds they have made on paleontological digs they have worked on in the past. You will learn that these finds are strong evidence for a global flood, just like the one described in the Biblical book of Genesis. Join David Rives and Sara Bruegel in this week’s exciting episode of Creation.

If you watched the program and want related material, we have a DVD  that covers the same exciting material and much more. Just click the photo and links below to go to our store. 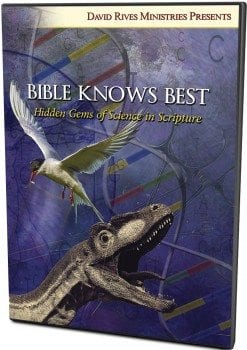 In Bible Knows Best – Hidden Gems of Science in Scripture, author, lecturer, and television host, David Rives takes viewers on a awe-inspiring journey. Discover nuggets of scientific truth that are easily found when we look closely at the words of Scripture. Did you know that the very origin of time, space, and matter can be found in the very first verse of the Bible? David Rives expertly demonstrates the fact that the Bible is an accurate record of history from beginning to end, and is also extremely accurate when revealing scientific principles that have just recently been discovered by modern science.

Did you know that there are an estimated ten sextillion stars in the observable universe? ….that’s a 10 with 21 zeros after it. Employing an easy to use technique, David gives the viewing audience just a hint at the unfathomable grandeur of our Creator’s Universe, and His awesome creative power.