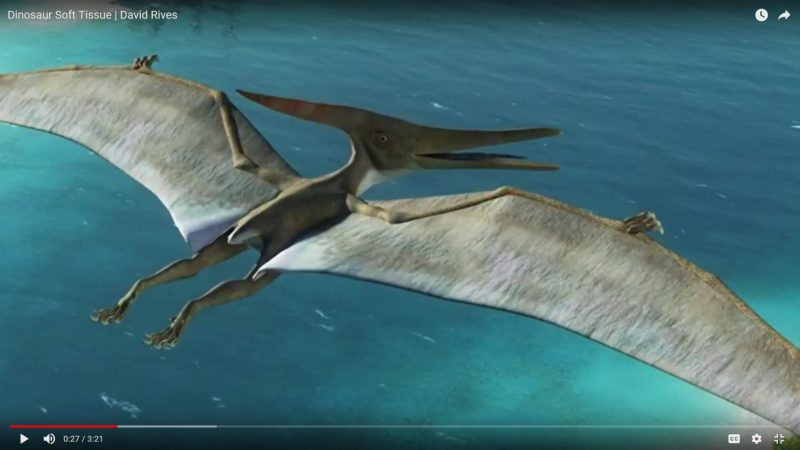 In 2005, Dr. Mary Schweitzer shocked the scientific world when her team reported the presence of blood vessels, red blood cells, and collagen in a T-Rex femur. That’s right—soft tissue in a dinosaur bone!

This T-Rex was thought to be over 65 million years old and yet it had fresh looking soft tissue inside its bones. So, how is this possible? Well, if this dinosaur really did live millions of years ago there is no reason to believe soft tissue should still be present. Everything breaks down over time, and most soft tissues quickly degrade, even under ideal conditions. Until this discovery, most would agree that soft tissue shouldn’t remain preserved for more than a few thousand years. Yet, instead of admitting that perhaps dinosaurs aren’t as old as previously thought, some tried to brush it aside, basically saying “isn’t it amazing that soft tissue can survive for over 65 million years!”

If we begin by taking Biblical history as fact, then we learn that the T-Rex with the soft tissue in its femur was roaming the earth thousands of years ago. Many dinosaurs went extinct in a cataclysmic deluge, a flood, and The fossil record still bears the trace of the animals that died out in the flood. Some of these creatures were preserved in such ideal conditions that even their soft parts were preserved. Soft tissue discovery is a game-changer and gives scientists just one more reason to look at the true history found in the book of Genesis.