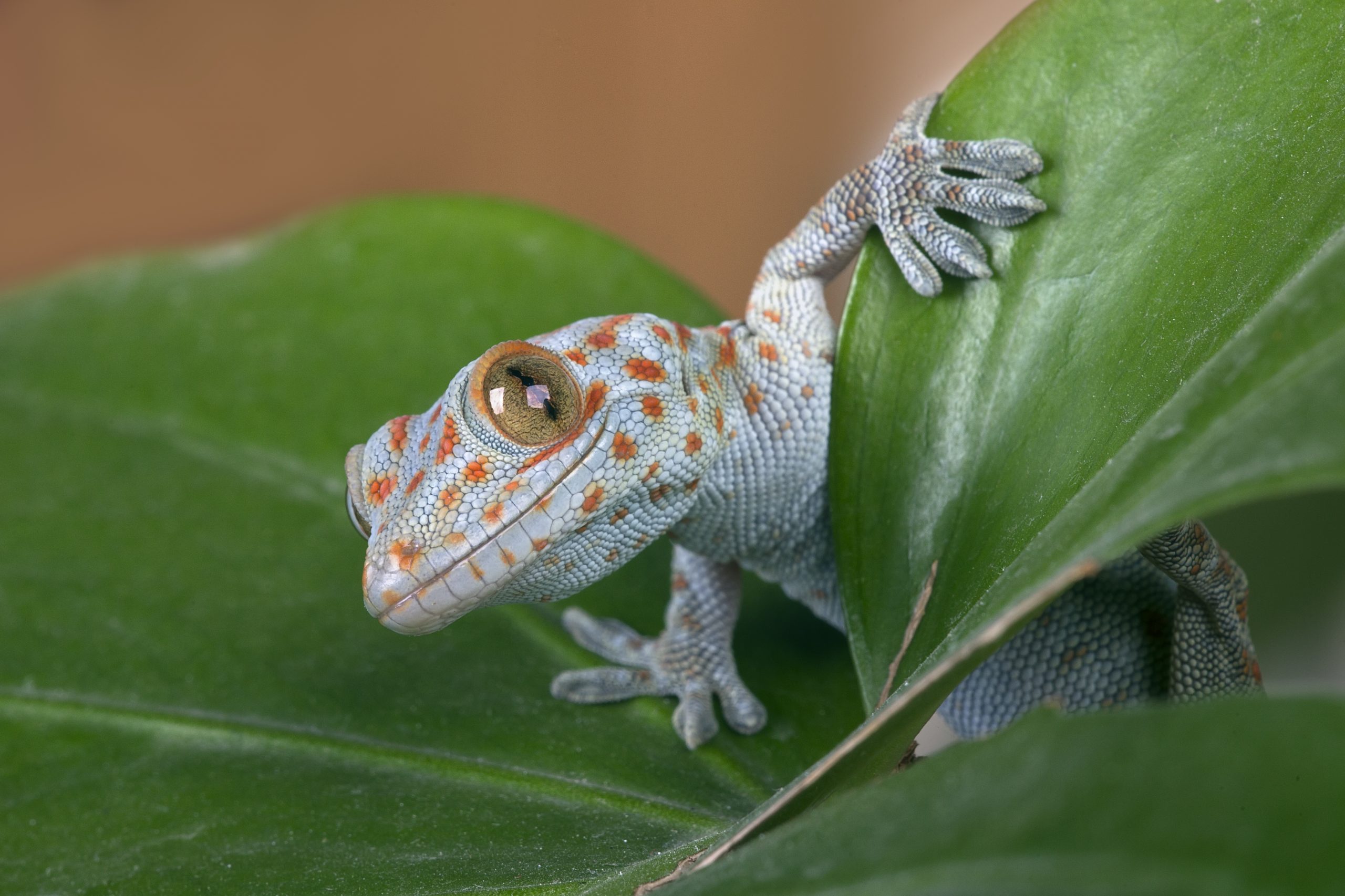 Certain types of Geckos have millions of tiny pads on the bottom of their feet which allows them to walk effortlessly on vertical surfaces – even glass!

A few years ago, a startling discovery was made within the scientific community. In Myanmar, a Gecko’s foot was found encased and preserved in a piece of amber. The labs studying these remains gave them an approximate date of 100 million years old.

But here’s where it gets interesting: the Gecko foot was virtually identical to what we see in modern day geckos. Let’s put that into perspective by looking at another group of animals: mammals.

According to evolutionary theory, the vast majority of mammals all evolved within the last 250 million years. That’s every variety of mammal seen on Earth, from the bat to the Giraffe, one creature turning into the next. Now, that means that, according to Darwinian evolution, a supposed 250 million year period of evolution brought us all the variety we see in mammals today… and yet they would expect us to believe that a supposed 100 million years ago, the Gecko’s foot was just as incredibly complex as we see today. Not one bit of evolution.

Now, there are rescuing devices for these theories, because some people would claim that it’s an example of stasis. They would say that the Gecko was just so well designed that it didn’t need to evolve over the last 100 million years.

I think that there’s a lot of evidence for design in the Gecko and that this little guy is another amazing example of God’s creation, fully formed with complex feet that points us back to the Bible.