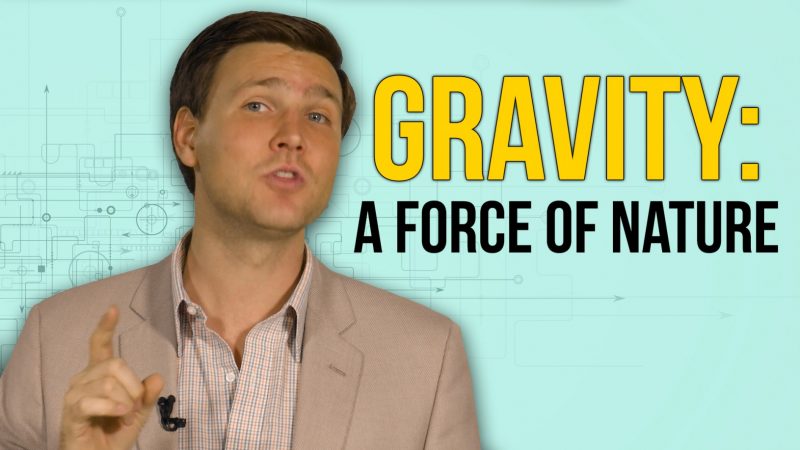 We’ve all heard the story: Isaac Newton was sitting under an apple tree, saw an apple fall to the ground, and, viola, discovered gravity. Of course, the real story is much longer and more complicated than that. But Newton, who was a mathematician, physicist, and Bible-believing Christian, did describe gravity for the first time in 1687. His ideas about gravity were only challenged centuries later by Albert Einstein’s theories about relativity. Even today, scientists still don’t fully know what gravity “is”. Instead, they define it by how it behaves. Gravity is a force of attraction between any two objects. Anything with mass has gravity. The bigger the mass, the greater the gravitational force. But the farther the distance, the weaker the force. Gravity is what keeps the planets orbiting the sun, causes the tides on earth, and keeps us from flying off our home here on Earth, lost forever in space. The law of gravity, like the other laws of nature, is only possible because God’s Word is true. This doesn’t mean you have to believe God’s Word is true to believe in gravity. Many people who reject the Bible accept the reality of gravity. But gravity only makes sense in a biblical worldview. Here’s what I mean. In an evolutionary perspective, nature is all there is. Everything is material. But, if that’s the case, where do immaterial LAWS of nature come from? How can there be immaterial laws in a solely material universe? And, if this universe is the result of random, chance processes, why do the laws of nature work the same throughout the universe and throughout time? How do we know they won’t change tomorrow? Or work differently in Cleveland than they do in Cheyenne, or behave one way on the Milky Way and another way in the Sombrero galaxy? The laws of nature only make sense if our Creator designed the universe, including the laws and physics of nature, and upholds everything by His power. So the next time you see an apple fall from a tree, think about Newton, Einstein, and the Lord who allowed those men to study His Creation. I’m David Rives…Truly the heavens declare the glory of God.