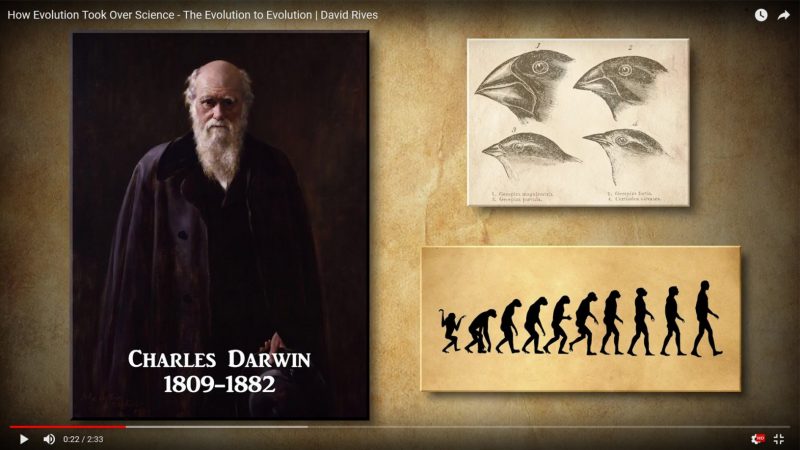 Every time you turn on the TV, watch the news, or read a science magazine you will more than likely find evolutionary content, so much so that you would think that science and evolution go hand-in-hand. The scene was set for the acceptance of Darwin’s evolutionary ideas long before Darwin ever visited the Galapagos Islands.

In the 1600’s the science of geology was born as people began collecting rock samples and theorizing about the rocks as well as the fossils inside them. Many of these early geologists saw the rock layers and fossils as evidence of the Flood of Noah’s day. But soon geologists came on the scene who suggested the earth was incredibly old, and nature had just “taken its course” over millions of years. They said that perhaps the slow erosion we see today is responsible for all geological features, such as rock layers, canyons, and valleys.

When Darwin entered the scene, this idea slowly took over science and became the predominant view. But peer pressure had a lot to do with it. All it takes is a few well-respected leaders for a “movement” as you might call it, to take shape. We’ve seen it many times – occasionally from a positive perspective. But in this case, leaders, with an intention to explain away life as pure accident, left such a bold impression on some of the scientific minds of the day, that people took notice. If they could teach their theories in enough Universities, and sell enough books, then other scientists would have to go along, or risk being accused of teaching “old” or “outdated” science.

Peer pressure isn’t healthy within the Scientific community, because it holds back true progress. Today, we’re afraid to question the current theories of biological evolution. We’re afraid to discuss the possibility of an ancient catastrophic flood, because it sounds too “biblical.” Yet, we’re perfectly fine with claiming that a meteor extinction took out the dinosaurs, and that the species it didn’t kill became birds, mammals, and eventually us! I mean, it seems that we’ve replaced logic and observation for wild speculation and pseudo-science.

Let’s not hold back scientific discovery because we are afraid to buck the system. Sometimes, “the system” needs a reboot.