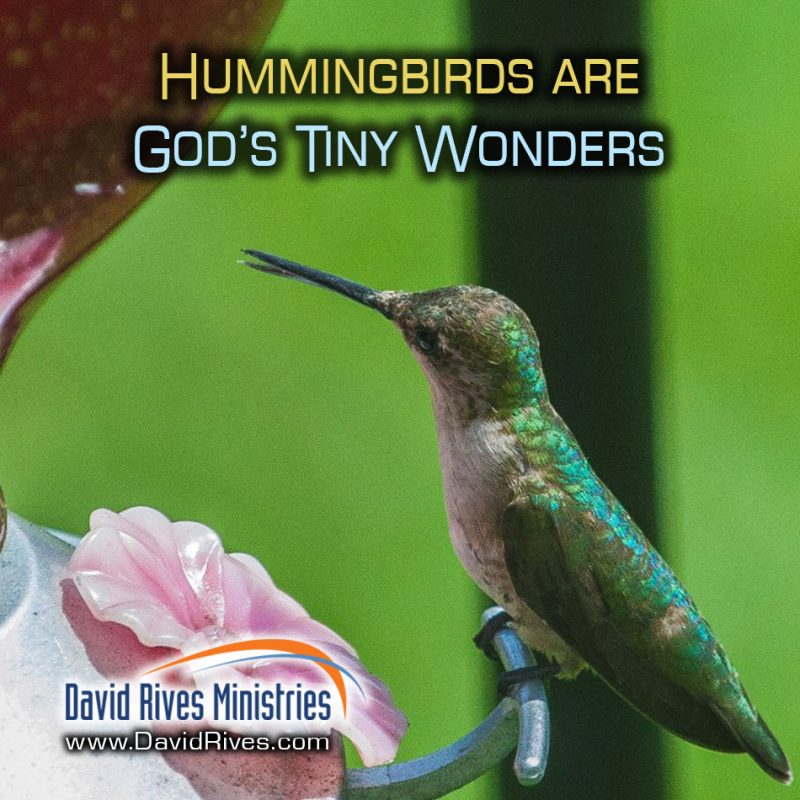 Hummingbirds. Even though they are the smallest birds on earth, and the smallest of all warm-blooded creatures, they can still fly over 30 MPH, fly backward, and at birth, weigh less than a post-it note!

These amazing creatures flap their wings up to 80 times a SECOND, allowing them to hover over flowers filled with nectar.

They are able to determine sugar content, and only consume nectar that is at least 10% sugar. Less than that could not sustain their super-fast metabolism, with their heartbeat of around 1200 times a minute!

With this in mind, hummingbirds typically would not be able to survive a long cold night. HOWEVER, they “happen” to have a built-in mechanism called “Torpor” that goes into effect as they sleep, shutting down their metabolism to 1/15th the normal rate. It effectively slows down their heart rate from around 1,200 beats per minute… to 35 beats per minute.

Did this tiny creature evolve by chance? Or was he intricately designed and formed with purpose? Such beauty is often overlooked in today’s society, but if we only stop to consider the intricate details of a hummingbird, we can appreciate God’s infinite “wonders without number”.