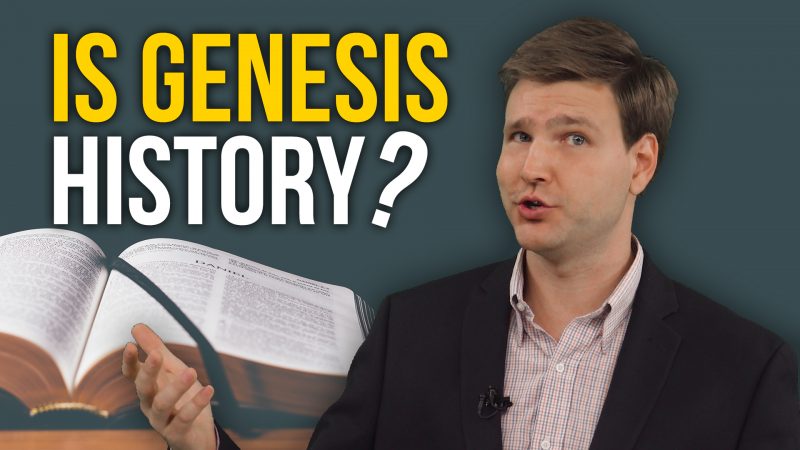 Here at David Rives Ministries, we talk a lot about Genesis and how easy it is to read and understand the first book of the Bible. Now, Christians have many different ways that they look at Genesis and a part of our ministry is encouraging them that we don’t have to relegate Genesis to mere fable, myth, or allegory. Genesis was written as literal history! The history of our Universe’s origins, the Bereshit, the beginning. But why do we bother spending so much time discussing this topic? Why is this issue so important?

I’m just going to give you three quick reasons:

Number #1 – It’s a biblical authority issue. When Christians add millions of years and evolution into Scripture, they’re putting man’s ideas and theories above the clear teaching of Scripture. You see, the context surrounding the description of the days of creation makes it clear they were regular, 24-hour days. And, if there’s any doubt, The Ten Commandments in Exodus tells us that we are to remember the Sabbath because “in six days the Lord made the heavens and the earth” and even Jesus told us that man and woman were created in the beginning, during creation week, not billions of years after. When we try and reinterpret these days to be long periods of time, we’re taking man’s ideas and making them the authority. But God’s Word is flawless and inspired—we can trust it! We need to allow Scripture to be the authority over our thinking, not the other way around. Number

#2 – If we start reinterpreting Genesis to mean whatever we want it to mean, where do we stop? Adding man’s ideas into Scripture is a slippery slope. Proverbs says: “Add thou not unto his words lest he reprove thee.” It won’t be long before we, or future generations, are reinterpreting other areas of Scripture to match with what scientists (or our culture) tells us. And finally, Number

And if death isn’t the penalty for sin, then why did Jesus have to come and die a physical death on the Cross? His death would have been meaningless! In other words, the reason Christ died on the cross is because of mankind’s sin in the beginning of Genesis. A literal sin by a literal person, Adam.

So we will continue to talk about Genesis because this issue is vital for the church today. As Christians, we must stand on the authority of God’s Word and unashamedly preach the good news of the gospel to everyone.