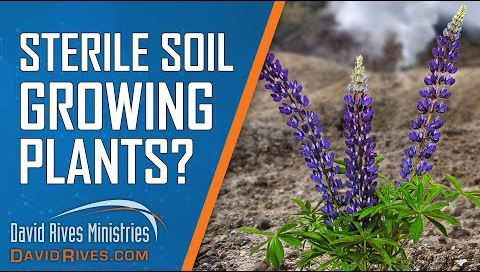 Mount St. Helens National Volcanic Monument in Washington State is gorgeous, filled with wildlife and abundant plant growth, it’s hard to imagine that just forty years ago, a massive volcanic eruption stripped the mountainside bare, killing all the animals and destroying the forest.

One region, called Pumice Plain, was buried under six feet of sterile rocks and volcanic ash and dust, called pumice. Scientists assumed nothing could grow of live in such nutrient-poor soil and so they assumed recovery would take a really long time. Only…it didn’t!

A flowering plant called lupine was soon growing in the soil. Unlike most plants, this one has lives closely with a bacteria that harvests nitrogen out of the air, instead of the soil. These plants could grow in the useless soil and their nutritious seeds served as food for the humble pocket gopher. These tiny mammals soon moved in to eat the lupine and, in the process, stirred up the soil. Soon new plants and animals could move in.

Within a decade, Mount St. Helens was once again a thriving ecosystem. No ecologist imagined that life could regain the area so quickly after such incredible devastation. But it did. And now, thirty-nine years after the initial eruption, you’d never imagine this place was desolate just a few decades ago!

It seems God has specifically designed life to be able to regain its footing after a catastrophe. After the Flood, plants and animals would’ve quickly recolonized and turned the landscape into a beautiful and live-able world. And this wouldn’t have taken many decades—Mount St. Helens powerfully illustrated how quickly an ecosystem can recover.