David Rives Ministries YouTube Channel is a powerful way to learn about creation, science, and the Bible. In 2015, we hit over 1,000 Subscribers and have published nearly 200 short videos.

Just a bunch of Starstuff

Mutations: What do they mean for you? | David Rives

The Human Foot - A Feat of Engineering - David Rives

Are We Blind To Design? -by David Rives

The Dark Side of Darwin

One of our most popular resources. David Rives Ministries began with a focus on Biblical Astronomy, and David occasionally ran across stars and galaxies with spellings that were hard to pronounce. Not anymore! We bring you this comprehensive, free online guide to the pronunciation of stars and constellations will help amateur astronomers, and laymen with the basic hard-to-pronounce stars, astronomical objects and formations. Just click on the star name to listen to an audio clip. Click Here to Go to the Astronomical Pronunciation Guide Now 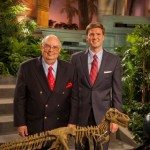 Click the photo to be taken to a set of galleries from behind-the-scenes filming on the set of Creation in the 21st Century on TBN. (LINK GOES TO SHOW’S WEBSITE)

Photo gallery of David around the world with other singers, fans, and friends. (You will be taken to the gallery on DavidRivesMusic.com) 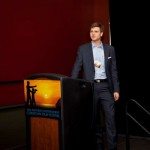 Click to see photos from the 2013 SAICFF, in San Antonio, TX. David’s documentary was semi-finalist in that festival. 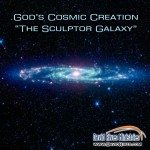 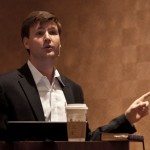 A gallery of photos from around the country. David Rives speaking and singing event photos. Enjoy! 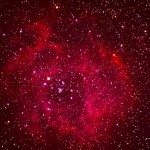 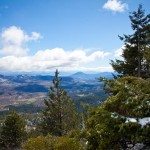 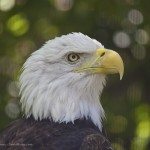 5 hours in the St. Louis Zoo – a beautiful gallery of animal life

A Scientific Dissent from Darwinism

A 17 page list of scientists from around the globe, who have their doubts about the validity of  Darwinian evolution: “We are skeptical of claims for the ability of random mutation and natural selection to account for the complexity of life. Careful examination of the evidence for Darwinian theory should be encouraged.” Click to open the document with signatures…