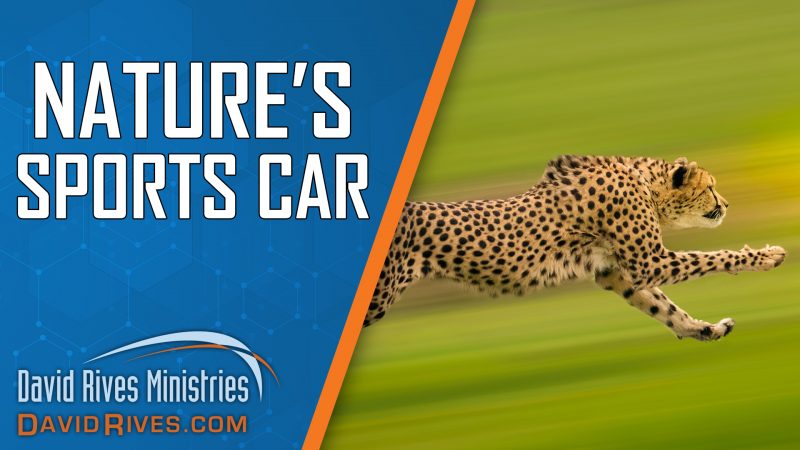 The fastest land animal in the world makes its home on the Savannahs in Africa alongside elephants, hippos, and rhinos. A very small population of a sub-species also lives in eastern Iran. That mammal, of course, is the Cheetah.

This big cat is famous for its speed. While hunting it can reach top speeds of 45 to 70 miles per hour in just three seconds. Even though they’re the fastest, their prey is often able to escape because antelope and gazelle can change direction very quickly and have greater stamina than a cheetah’s short bursts.

Cheetah’s always look like they’re crying but that dark tear mark, called a malar stripe, serves a useful purpose. It attracts sunlight and keeps the sun’s glare out of the cheetah’s eyes. Their long tail serves as a rudder and their semi-non-retractable claws act as cleats, giving them extra grip. Everything about them is streamlined for speed.

Due to habitat loss, Cheetahs, like most African mammals, are endangered with only a few thousand remaining in the wild. Cheetahs produce more offspring than other cats, but many of their babies become food for lions, hyenas, or other African predators.

As many as 90% of cheetah kittens won’t make it past three months of age due to predators and death from illnesses. Cheetahs don’t have much genetic diversity so they often have weak immune systems.

Cheetah’s probably belong to the cat kind, along with lions, cougars, tigers, bobcats, house cats, and more. But researchers aren’t quite sure if they do because there isn’t good evidence of interbreeding with other cats. It could be that they belong to their own kind or that they’re members of the cat kind. More research will have to be done to figure out for sure.

But what we do know is that cheetahs bear testimony to their Designer who built them for speed and who delights in what he has made.

I’m David Rives…Truly, the heavens declare the glory of God.