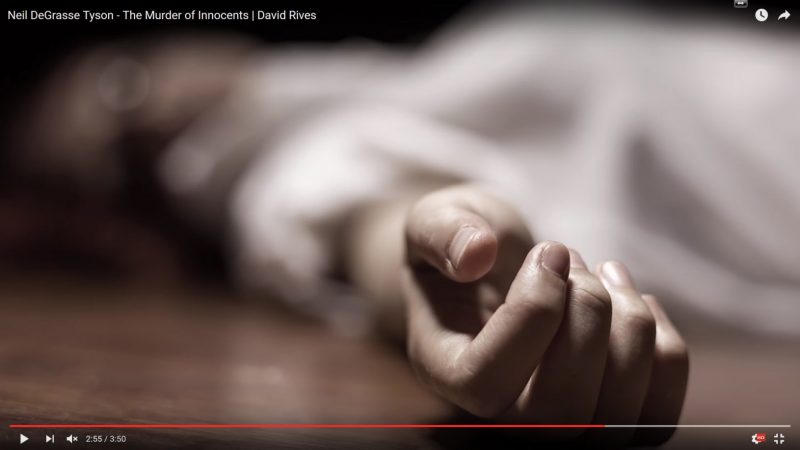 Neil DeGrasse Tyson is a popular astrophysicist with an agenda. His charming personality exudes confidence and makes it easy for us to listen to him explain facts about space. But often he strays far from his specialized field, and delves into the realm of religion – something he seems to be vocal about, even though he has very little knowledge on the topic.

He’s especially critical of Christians who believe that the God of the Bible, (Yahweh), could have formed the Universe and physics that he studies.

Tyson has said:
“Here’s something that intrigues me: if you have faith, you believe regardless of the evidence, yet if there’s ever evidence to support faith, everyone goes to it and points to it.”

I DO have faith. But it’s not a blind faith. THAT’s the reason we always point to the overwhelming evidence that supports our faith. Because, just like Romans 1 tells us, it’s “clearly seen”! That’s pretty encouraging for me, because when *I* study science, I clearly see the hand of a Creator. But, we have to remember that Tyson is trained to study the universe from a natural perspective.

Then, mysteriously, he delves into the world of statistical deaths and says this: “Consider that between 1939 and 1945 an average of 1,000 human beings were killed per hour. Humans killing humans. Is there anything you’re going to say today that rivals that?”

He challenges us, saying we’re nowhere near that number today, so there must be hope for the world! Right?

Well, according to accepted statistics by the World Health Organizers, this very hour, 5 thousand, 208 (5,208) unique human beings will be killed. That’s a factor of 5 TIMES OVER the hourly human deaths during World War II, and it’s happening AS WE SPEAK! I’m talking about abortion.

These are individuals, with their own unique Genetic sequence. No trained biologist would disagree. And, let’s be clear, these are human beings. But Tyson, in his specialized field of astrophysics, has no comprehension of these statistics. Why is he even going there? In an attempt to show that the world is getting better as a whole, instead of going downhill.

Now, I’m normally not one to focus on the negative, but you’ll have to admit, it’s not all peachy like Tyson wants you to believe. It’s FAR worse now than during WWII.

*Most* recent-calculations estimate ONLY 55 intentional murders or war-related deaths take place per hour. But isn’t the majority of abortions an intentional act inflicted upon another individual?

Let’s look at it from a crime lab’s perspective: they’ve found the body… Which means they have the unique DNA of the victim. And then, they have incriminating evidence… Blood was found coating the victim, and that has been analyzed to contain a different set of DNA… The DNA of the perpetrator. Caught red-handed.

In a criminal investigation, what do you call the above scenario when one human intentionally kills another?

So when the same crime-scene described above is found – in an operating room… Is it called pro-choice? Or…? What do you think?
I’m David Rives, Truly, the Heavens Declare the Glory of God