If you watched the program and want related material, we have a book. Just click the photo and links below to go to our store. 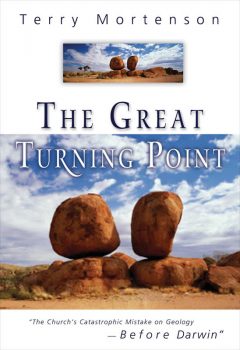 Many people in the church today think that “young-earth” creationism is a fairly recent invention, popularized by fundamentalist Christians in the mid-20th century. Is this view correct?

This book details the early 19th century origin of the idea of millions of years and the Christian men who opposed that idea.