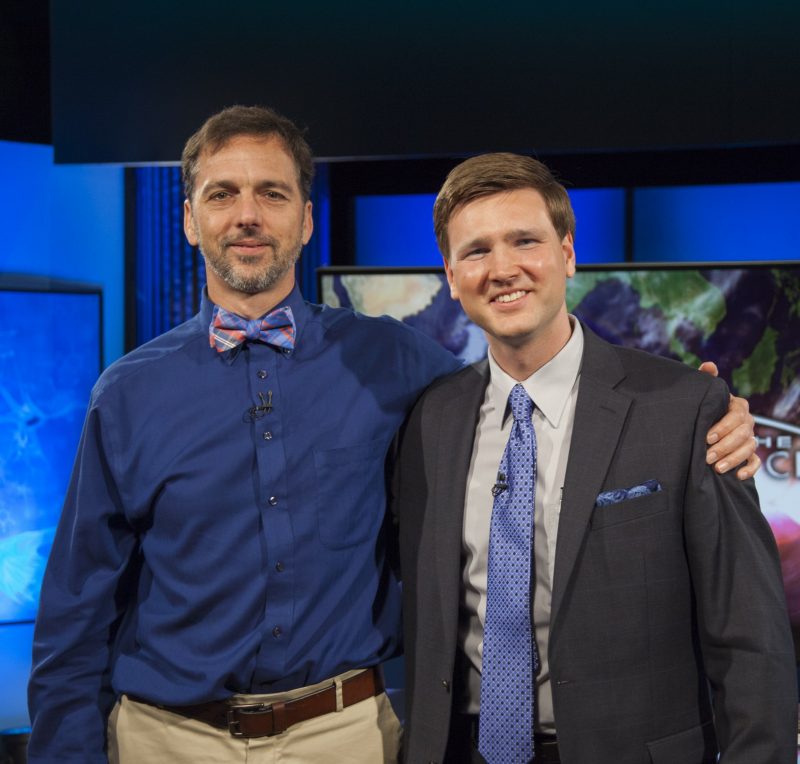 Join David Rives? as he welcomes Brian Thomas? to the program. What if we looked at rocks as clocks? How about galaxies, stars, or the Human Population? Let’s do some research and see how the universe appears to be recently designed — on Creation in the 21st Century!

Unlocking the Mysteries of Genesis is a groundbreaking 12-part DVD series that offers scientific evidence that confirms Genesis as a chronological record of God’s creation.

Watch the Trailer for the Unlocking the Mysteries of Genesis series:

Targeted to the Millennial Generation, Unlocking the Mysteries of Genesis supports a biblical worldview with empirical scientific evidence and offers defensible answers to some of the most provocative and controversial questions of faith and science. Perfect for Sunday and evening classes and small groups, each of the 12……22-minute episodes take viewers of all ages on a memorable journey through some of the most fascinating topics in creation science, ranging from the origins of life in Genesis 1, to evolution, to the age of the universe, and Noah’s Flood.

“Evolutionary models for life, earth, and space are questioned today by a significant group of scientists worldwide. They are convinced that the earth and the entire universe are the result of a supernatural creation event which occurred just thousands of years ago, not billions of years.”

These and many other questions are addressed in Thousands…Not Billions. This book summarizes eight years of research by the Institute for Creation Research (ICR) and a team of scientists, whose goal was to explore the age of the earth from a biblical perspective. The project title was Radioisotopes and the Age of The Earth, or RATE. The age of the earth is one of the most divisive topics today, much debated by scholars and laypersons alike. What one believes about the age of the earth goes a long way in determining world views. The Bible is explicit that the earth is young, but many people feel that science has proved our planet is more than four billion year old. Thousands…Not Billions provides a compelling challenge to Darwinian evolution.