Dr. Robert Carter and David Rives ‘crunch the numbers’ and look at some revealing statistics that show that the current human population could easily have been produced within the Biblical time frame of thousands of years….not millions. 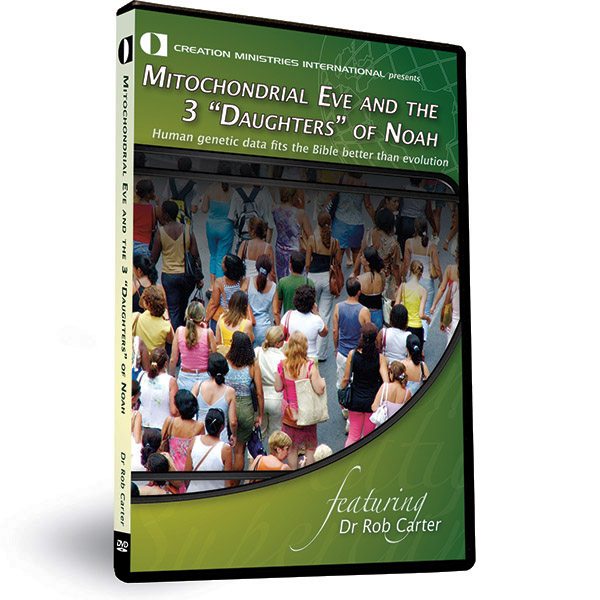 Mitochondrial Eve and the 3 “Daughters of Noah” 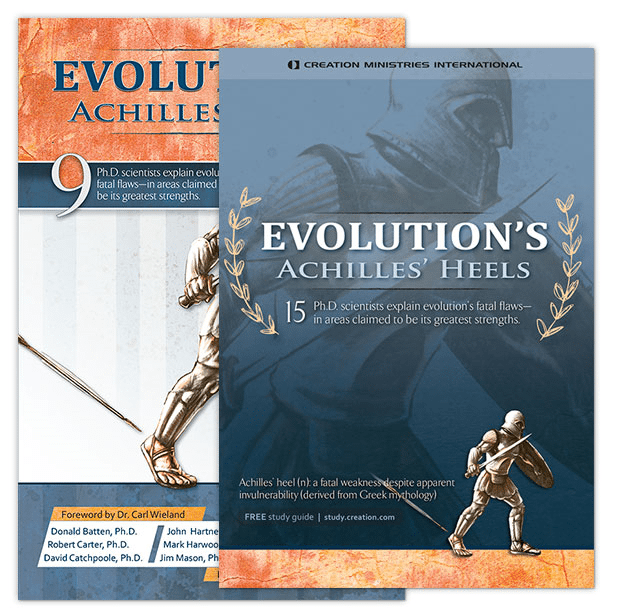 This Evolution’s Achilles’ Heels set directly demolishes the very pillars of the belief system that underpins our now-secular culture —evolutionary naturalism. They are coupled with the Biblical command to reach the lost with the Bible’s Good News. In a nutshell, it’s a comprehensive outreach tool like no other. Appropriately, the Achilles’ Heels of evolution are often in the very areas widely considered to be impregnable strongholds of this belief system. We believe evolution theory has no answer to these weaknesses, once properly explained and understood. Like no other work that we are aware of, the Evolution’s Achilles’ Heels set is the result of collaborations by Ph.D. scientists, in a coordinated, coherent, powerful argument against the philosophy of evolution. All of the contributors received their doctorates from similar secular universities as their evolutionary counterparts. Each is a specialist in a field relevant to the subject covered. With visually stunning animations and dramatic footage, the Evolution’s Achilles’ Heels DVD features the input of 15 Ph.D. scientists, including the 9 collaborating authors of the full-color illustrated book: Donald Batten, Robert Carter, David Catchpoole, John Hartnett, Mark Harwood, Jim Mason, Jonathan Sarfati, Emil Silvestru and Tasman Walker. The Foreword is written by Carl Wieland. The book was edited by Robert Carter.