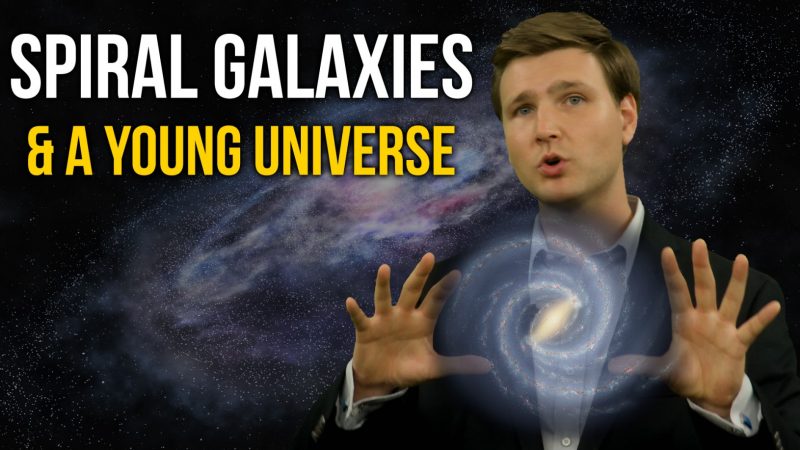 The Bible tells us that “the heavens declare the glory of God and the firmament shows His handiwork.” Astronomy is one of my passions. I love looking through telescopes and seeing the incredible and beautiful things God has made and placed throughout the universe for His glory.

Researchers estimate there are at least 170 billion galaxies in our observable universe. And each galaxy is made of billions or trillions of stars. The number of stars in our universe is just mind-blowing. One type of galaxy, the kind we’re going to look at today, is called a spiral galaxy. Our own Milky Way is a spiral galaxy. These galaxies have a dense cluster of stars in the middle and arms that spiral away from that center.

Since the 1930’s astronomers have noticed a problem. The outer stars seem to take more time to complete their orbit than the central portion of the galaxy. This means that, after a few rotations, the spiral arms will lose their shape and basically disappear (as the galaxy winds up). If the universe is billions of years old there shouldn’t be any galaxies with a spiral shape left and yet we find them all over the universe, including our local group. Could this be an indicator that the universe isn’t 13.7 billion years old?

And it gets worse! The really visible arms of spiral galaxies contain a lot of blue stars. Blue stars are bright and hot and thought to burn through their fuel relatively quickly. But if the universe is billions of years old, why are there still blue stars everywhere we look? All sorts of ideas have been thrown around, from collapsing gas clouds to dark matter, and we’ve looked at those in other videos, but the Bible gives us the answer to all three of these problems. The universe isn’t billions of years old! God created the stars, and everything else about 6 thousand years ago.