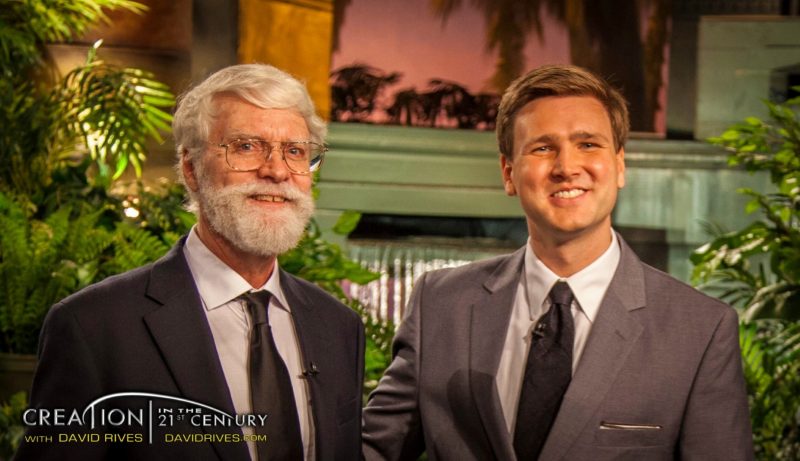 If you watched the program and want semi-related material, Just click the photo and links below to go to our store. 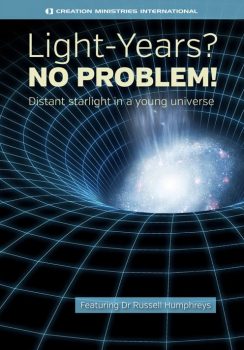 CLICK HERE to check out “Light-Years? NO PROBLEM! – Distant Starlight in a young universe” DVD in the Creation Superstore

One of the world’s leading creationist cosmologists, Dr Russell Humphreys, shares his model to explain how distant starlight, allegedly billions of light-years away, could reach the earth within a 6,000 year-old creation. His model explores Einstein’s general theory of relativity and the scientifically documented phenomenon of gravitational time dilation.

Computer animations and dramatic footage help illustrate how the creation of the cosmos as recorded in the Bible would have affected time here on earth.

Dr Humphreys received a B.S. degree in physics at Duke University, 1959–1963. In 1972, he was awarded a Ph.D. in physics, on cosmic rays and ultrahigh energy nucleon–nucleon interactions, by which time he was a fully convinced creationist.

He is a pioneer in developing creationist cosmologies to solve the issue of how we can see distant starlight (billions of light-years away) within the time frame that the Bible allows of only a few thousand years.

Buy “Light Years? NO PROBLEM! – Distant Starlight in a young universe” DVD from the Creation Superstore