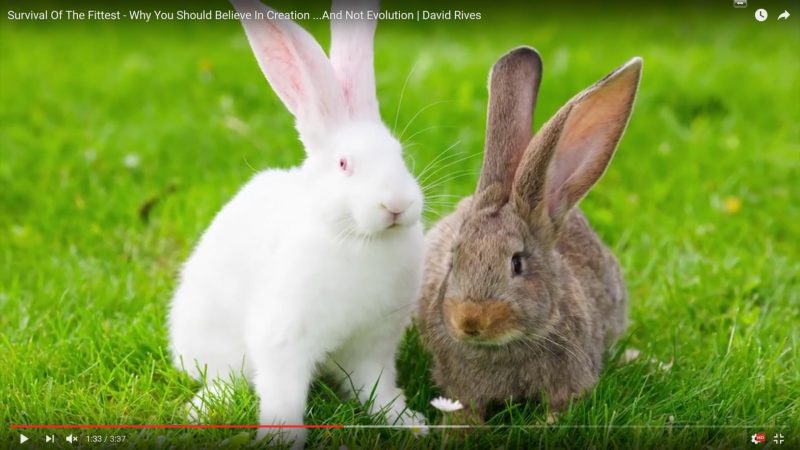 Survival of the fittest to reproduce, or “natural selection,” is considered to be the driving force behind evolution. It seems pretty simple: the sickly gazelle will get eaten while the healthy gazelle gets away. Since the sick gazelle is, well, dead, it can’t reproduce and pass along its genes. The healthy gazelle lives to reproduce so the next generation gets the genes of the healthy gazelle. Theoretically, over time, the gazelle species gets stronger as the weaker, sicker ones are weeded out over the generations. Is “survival of the fittest” behind the supposed process of molecules-to-man evolution?

Well, evolution requires the addition of massive amounts of brand-new genetic information. After all, you can’t get from an ameba to an astronaut without adding instructions into the DNA for brand-new features like arms, a complex brain, and an advanced circulatory system. Does survival of the fittest produce this information? No, it doesn’t!

Survival of the fittest acts on information that was already there in the creature’s genome. It doesn’t create any new information. It simply eliminates already existing information. Here’s a hypothetical example. Suppose some brown and white rabbits make their way up to the Arctic. These bunnies have the genetic information in their DNA to produce a wide range of colors. But which fur color will do best in the Arctic environment? White of course. The browner the rabbit, the easier it is for a fox to see it and turn it into lunch. So the genes for brown rabbits are eliminated by the foxes until only white bunnies are left. And white bunnies breeding with other white bunnies will produce what?…you guessed it—white bunnies! Soon practically all the rabbits in the Arctic will be white.

In this example, did evolution just occur? After all, the rabbits changed from brown-and-white to just white. Well, there were some physical changes but Darwinian evolution didn’t happen. You see, no new genetic information was added to the rabbits’ DNA. They already had the information for white fur. It just took environmental pressure from the foxes for the brown-fur genes for to be eliminated. The rabbits STAYED rabbits, and they didn’t gain anything new that they didn’t already have.

Actually, there’s no known process that can produce brand-new genetic information. And if you can’t get new information — you can’t evolve.