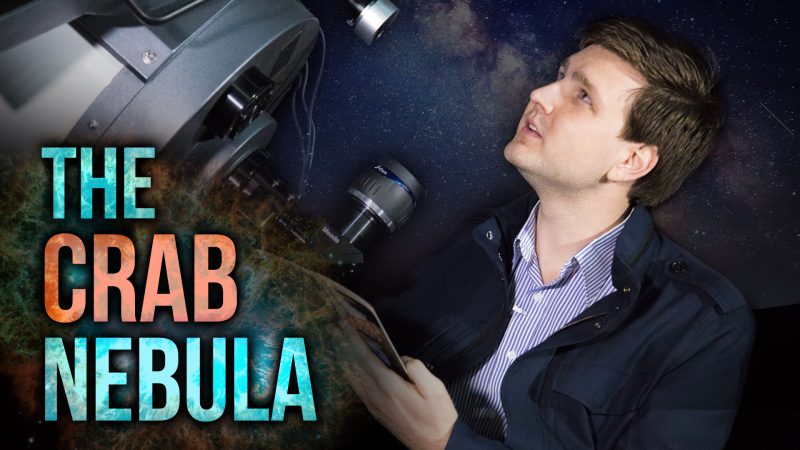 The Crab Nebula, also known as Messier 1, was the very first of 110 objects to be catalogued by the French astronomer Charles Messier. He mistook this nebula for a comet upon first observation, and thus began the famous Messier catalogue.

This colorful nebula is quite bright, and fairly easy to spot using a moderately powerful telescope. It is an interesting deep sky object because of its unique history.

Situated within the constellation Taurus, The Crab Nebula is actually the result of a giant supernova or exploding star that we believe was witnessed and recorded by Chinese and Arab astronomers on July 4, 1054 AD. The explosion was so bright, reports indicate that it could be seen for weeks in the daylight hours. Today, scientists tell us that the nebula is expanding at a rate of almost 1,000 miles per second.

The nebula was first discovered by the English doctor and astronomer John Bevis in 1731 and was placed in the Messier catalog in 1758.

The origin of its name comes from The Earl of Rosse who observed, and made a drawing of the nebula which looked like a crab.

The central star in M1 is a good example of a pulsar, which emits a powerful pulse of radiation once every 33 milliseconds.

The variety of stars that we can see and study is simply amazing. First Corinthians 15:41 tells us that:

I’m David Rives…Truly, The Heavens Declare the Glory of God.