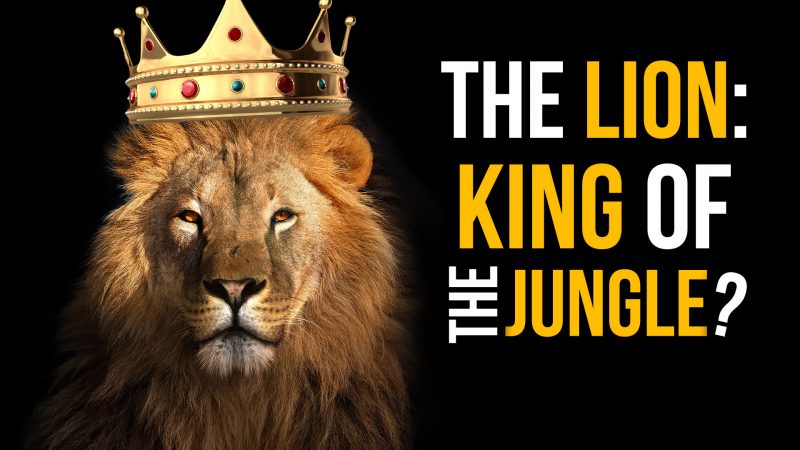 The male lion proudly bears the name “king of the jungle.” But, while they are apex predators and deserve the title “king,” most lions don’t live in the jungle. Instead, they live and hunt on the sub-Saharan savannahs in Africa. But, like so many of the animals we automatically associate with Africa, there is a small population of lions in Asia, specifically in India, as well. And that population does deserve the “king of the jungle” moniker because they do live in jungle areas.

Lions used to be found throughout many of the world’s warmer places, but their numbers and habitat have dwindled to just a few locations. The Bible even mentions lions living in Israel and the surrounding area. Remember David killed a lion with his bare hands. But Israelis don’t have to worry about lions anymore as nowadays you have to travel much further south or east to meet a wild lion.

Lions are the only social cat, living in groups of about fifteen called prides. These groups consist of two or three males, several related lionesses, and their cubs. The job of the males is to guard the pride, a job which usually involves sleeping twenty hours a day. The females hunt at night, working in groups to take down large prey. Lions will even catch lizards or rodents for a quick snack or steal a kill from a lesser predator.

Lions communicate through roaring and can be heard over five miles away. They can reach top speeds of fifty miles per hour and can leap an astonishing thirty-six feet so if you’re in South Africa, like I am right now, you’ll want to keep a healthy distance between you and a pride.

Like I said, the lions’ range is quite limited in the 21st century. But there’s a lion we all need to lookout for because his range isn’t limited by geography. The Bible calls our enemy Satan a roaring lion. He roams about the earth seeking whom he may devour. The Bible tells us he comes to seek, kill, and destroy and that he’s a liar and murderer from the beginning.

I’m David Rives…Truly, the heavens declare the glory of God.