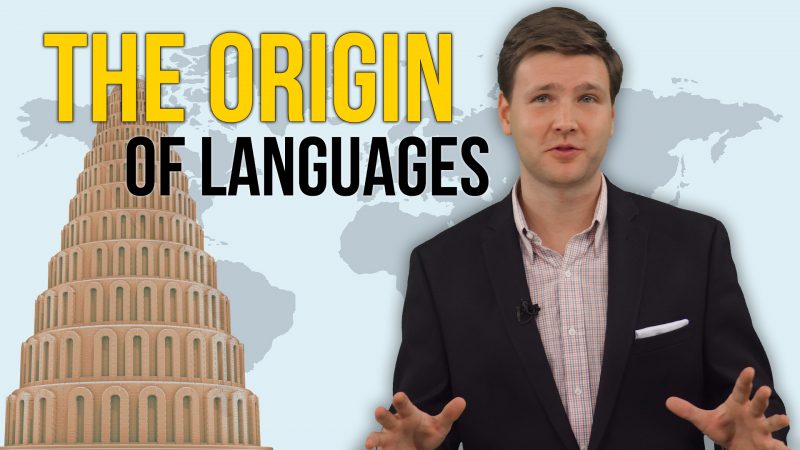 After Noah and his family got off the Ark God gave them a simple command, “Be fruitful and multiply and fill the earth.” But just two chapters later we read the response of Noah’s descendants, “Come, let us build ourselves a city, and a tower whose top is in the heavens; let us make a name for ourselves, lest we be scattered abroad over the face of the whole earth.”

See, God had commanded Noah and his descendants to fill the earth but they decided they had a better plan. Instead they wanted to do something people would remember so they built a city and a tower to make their own name great, instead of God’s.

God judged their rebellion in an interesting way. He confused their language, turning the universal language into a variety of language families. Basically, this forced the people to spread out over the earth like He had commanded in the first place.

The account of the Tower of Babel only takes up about nine verses, but it has profound significance for us even today. The division of the languages broke the human gene pool into groups. These groups spread out and tended to stick to themselves. In other words, most people wanted to marry someone who could understand their language! So certain genetic characteristics, such as eye shape or skin shade, became dominant in certain groups. We all look a little different because of the event of the Tower of Babel.

The Tower of Babel also explains why we find the remains of people and their tools in caves. Around the same time as the dispersion of the peoples, there was an Ice Age. This Ice Age was a direct result of the post-flood climate change. As people split up and began spreading out over the earth, some areas were much cooler than others, and people naturally took shelter wherever they could. Caves made great temporary homes. It would take a while before any single language group could acquire the tools, skills, and manpower to start building cities and permanent settlements again, but that’s why certain groups made homes in caves and used stone tools—they were working with what they had.

Not only that, but God had allowed the Ice Age to lower the ocean levels and create natural land-bridges to most of the continents. This meant that animals coming off of Noah’s ark had a limited time to go fill certain ecological niches – People had the same limited time, but they weren’t spreading out! The confusion of the languages at the Tower caused mankind to head out while the ocean levels were still low. The event of the Tower of Babel explains not only people-group differences, but also language, cultural similarities, and more. The Bible provides a historical framework through which to interpret archaeology and anthropology – And it fits perfectly!