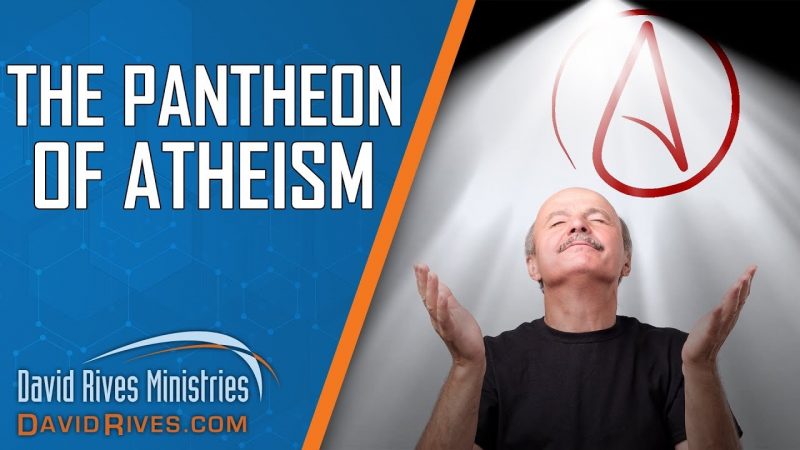 The intellectual atheist claims that he has done away with the need for God. In reality, he has created for himself a pantheon of his own gods. The three supreme deities being the god of Natural Selection, the god of Time, and the god of Spontaneous Generation.

When questioned how an amoeba could turn into a ape, or a molecule into a man, he invokes his first god. “Well, Mother Nature selects, and Natural Selection along with mutations will bring about this change,” he confidently replies.

When questioned why we have never seen this transformation from one kind of creature into another, he invokes his second god. “Just… give it enough Time,” he claims “and Time will work its magic.”

When questioned how life first began, he places his faith in the supernatural god of Spontaneous Generation. “You see, eons ago, life suddenly and accidentally popped into existence from inanimate matter and chemicals.”

As more questions arise, he attempts to patch each unobservable phenomenon of his theory with a god-of-the-gaps solution, building out a pantheon of supernatural deities and invoking miracles based not on laws, physics, or scientific principles, but on — FAITH. A faith clung to with the fervor and religiosity of the most devout evangelist. An unquestioned faith in his beliefs that, when challenged, is met with hatred, disdain, and pompous arrogance.

And this set of principles that he believes by faith, and clings to so reverently… is but a temple or shrine to his gods built on a foundation of sand. As long as it remains unchallenged — as long as the wind doesn’t pick up — as long as the waters don’t rise — the structure is kept intact.

But, as we know for sure, the night cycles to day, the wind does work its course, and the tide causes the waters to rise and every question leveled at the beliefs of the intellectual atheist causes the sand to disintegrate one grain at a time until the weakened structure topples to the ground.

His unfaltering blind faith in miraculous gods of nature is — dare I say it — his religion! – Where do you place your faith?