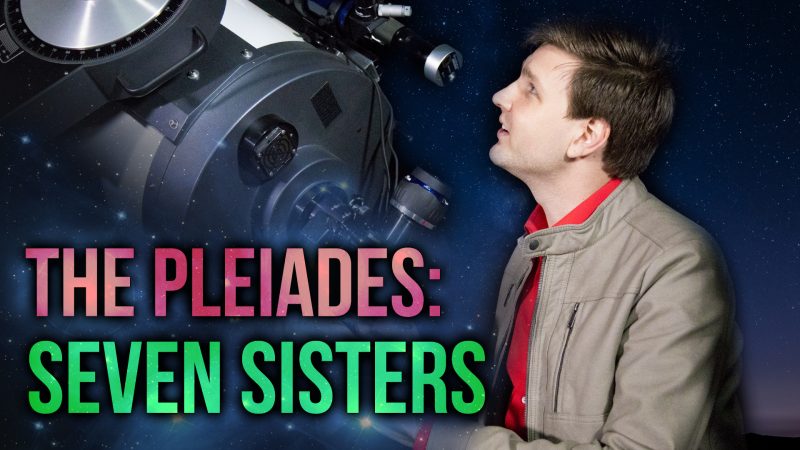 Everyone’s familiar with the Trojan horse, but you might be asking: “what does the Trojan horse have to do with astronomy”. Well, Virgil wrote of the Trojan horse and the Trojan wars and Homer did also, in 750 B.C., in the Iliad and Odyssey. Both Homer and Virgil also wrote of the Pleiades or the Seven Sisters, that famous star cluster in Taurus. In fact, Homer was the first to mention the Pleiades in Western culture, but much before then, the Bible references the Pleiades in Amos 5, Job 38, and Job 9. “How should man be just with God? If he will contend with him, he cannot answer him one of a thousand. Which commandeth the sun, and it riseth not; and sealeth up the stars. Which alone spreadeth out the heavens, and treadeth upon the waves of the sea. Which maketh Arcturus, Orion, and Pleiades, and the chambers of the south. Which doeth great things past finding out; yea, and wonders without number.” The Pleiades are about 440 LY from Earth, and using the Rives Theory of Relativity: that is, relative to our fastest spacecraft, travelling 40,000 MPH, it would take 7 Million Years just to reach the Pleiades. Located within the constellation Taurus, this group of stars may be the most noticeable cluster in the sky. Lying within the plane of our own galaxy the Pleiades contains over 500 stars, but 7 are easily visible with the naked eye. Surrounding the bright stars, a reflection nebula creates a beautiful blue glow, when viewed through a telescope. In Greek mythology, the central stars were known as the seven sisters or the daughters of Zeus, and were pursued by the nearby constellation Orion. In scriptures, Job is challenged by God: “Canst thou bind the sweet influences of Pleiades” I’m David Rives… Truly, The Heavens Declare the Glory of God.