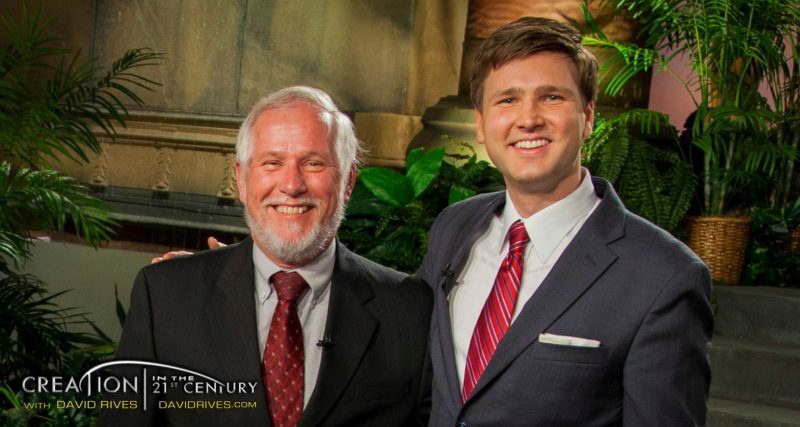 Tune in to TBN (Trinity Broadcasting Network) this Friday, June 2nd at 5:30pm Central to see this week’s episode of “Creation in the 21st Century.” Join David Rives as he welcomes astronomer Dr. Danny Faulkner to talk about extra-solar planets.

If you watched the program and want related resources, just click the photo and links below to go to our store.

Watch 3 minute trailer of this DVD:

One of the most puzzling questions in astronomy: If the universe is relatively young – thousands of years – and stars are millions of light years away, wouldn’t it have taken the light from those stars millions of years to reach Earth? …and doesn’t this “PROVE” the Big Bang? Do creationists have a problem with distant starlight? Actually, starlight and time is a major problem for Big Bang cosmology. While Young Universe Cosmology doesn’t provide all the answers, a careful examination of the Hebrew word “Dasha” as found in the creation account might hold the key to understanding this dilemma.
DVD #2. “EXTRA-SOLAR PLANETS …and the Search for E.T. Life in Space”
What about extra-solar planets? Have we found life on other planets? Through the technology of today, we can peer into the outer expanses of the heavens, but out of the countless stars in the cosmos, surely there are other planets – And out of those planets, wouldn’t there be many like Earth? The answer is not as simple as it may seem. First, we have to look at the methods being used to observe these planets. Then we need to look at what data is being collected. Finally, we need to look at probability and Biblical historical texts that might give us clues as to what to expect in the far reaches of the Universe. News stories and media publicity about these planets are avoiding important issues regarding the science behind these finds.
DVD #3. “CRATERS Throughout the Solar System”
What do Craters throughout the Solar System tell us? Why do some planets have these features while others don’t? Does the far side of the moon look much different than the side we see from Earth? Evolutionists would tell us that impact craters throughout the solar system were formed over billions of years. But their relative ages can’t actually be traced to billions of years in the past. Dr. Danny Faulkner, PhD in Astronomy from Indiana University, and television host David Rives take you on a trip through our solar system. What can we learn from past impacts?

Binding: Hardback – Page Count: 350 – The Created Cosmos is an intensely detailed examination of the scriptural outlook on the cosmos, constructing an integrated understanding of what the Bible plainly teaches about astronomy, and answering complex questions about astronomy from the standpoint of a biblical worldview.