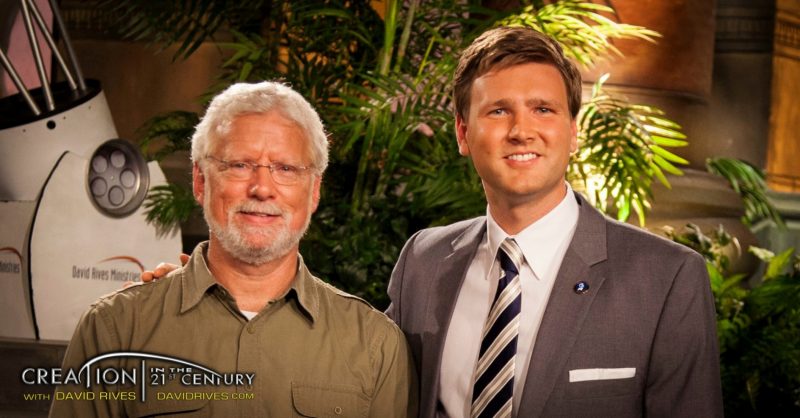 What effect did the global flood in Noah’s day have on the bottoms of some of Earth’s largest oceans? Join David Rives and Mike Snavely to find answers to this question and more in this week’s exciting episode of Creation in the 21st Century titled “The Stricken Earth: Ring of Fire.”

If you watched the program and want related material, we have a DVD that covers the same material discussed on the TBN Show. Just click the photo and links below to go to our store. 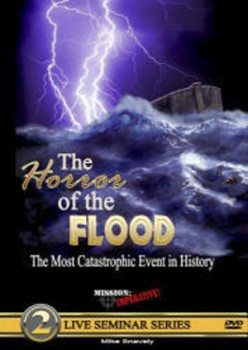 “If an event as cataclysmic as a global flood (and its implications) was ignored, for any reason, major errors or misunderstandings would creep into science and society” – Dr. Walt Brown

Indeed, many such misunderstandings have in fact crept in, such as evolutionary explanations for geological features (fossils, strata layers, mountain ranges, etc.).  But, these very features speak of a rapid catastrophe, not slow processes.  This session covers key aspects of the flood by answering many questions, including:

This seminar includes exclusive explanations and animations of the hydroplate theory, proposed by Dr. Brown.  This theory provides a fascinating, yet biblically accurate and scientifically feasible look at how this deluge might have taken place.  It also provides the answer for the issue of where all the water would have come from, and where it went afterwards!

This was a cataclysmic event that still has profound implications for us today.  Furthermore, it provides us with a look at God’s terrible judgment of the past, and a warning for the one to come!

“Past failure to answer honest flood questions opened the door to evolution.  Answering them will begin to reestablish the flood as Earth’s defining geological event…” ~ Dr. Walt Brown

BUY TODAY from our store… 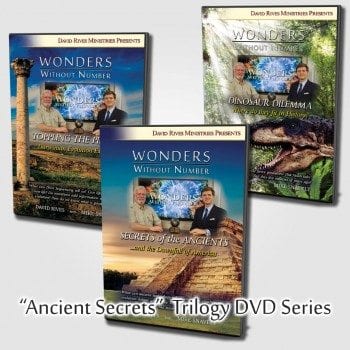 DVD 1. “Secrets of the Ancients” Mike Snavely and David Rives talk about ancient forgotten ‘secrets’ and reveal the truth from a biblical perspective.
DVD 2. “Dinosaur Dilemma” Mike and David discuss the existence of Dinosaurs in the past. Were they fierce predators, or are we being misled?
DVD 3. “Toppling the Pillars” David and Mike look at the 3 pillars of evolutionary thought, and the scientific truth behind Biblical Creation.

BUY TODAY from our store…