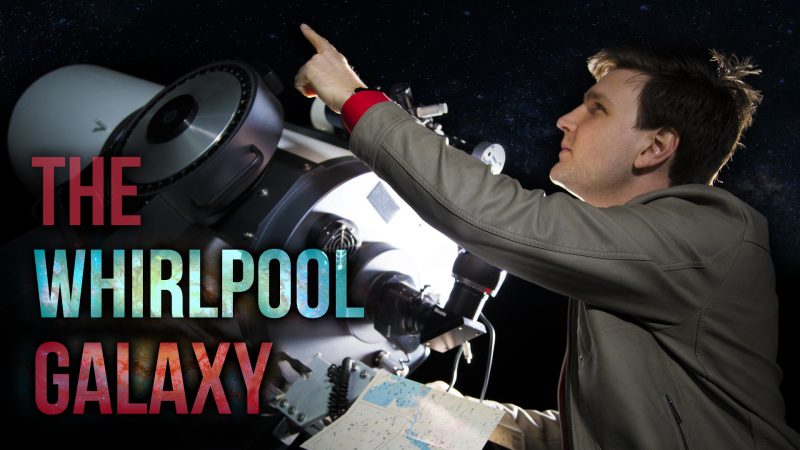 Situated in the constellation Canes Venatici, we find the breathtaking Whirlpool Galaxy, also known as M51. This stunning object in the night sky appears as one large spiral galaxy feeding into another much smaller one. The primary galaxy was discovered by Charles Messier in 1774, however, its companion galaxy was not discovered until 1781 by Pierre Mechain. In 1845, M51 became the first celestial object to be recognized as a spiral shape. Previously, telescopes with enough optical precision to resolve this were not yet available. The Whirlpool is the brightest of the Messier 51 group of galaxies which also includes The Sunflower Galaxy, NGC 5023 and 5229. A supernova is a rare event to witness, even given the incredible number of stars that are visible in the universe. This powerful force of a star exploding causes a bright display visible from great distances. On May 31, 2011, a new supernova was spotted in M51. Using the ministries’ large 16” observing telescope, I was able to take photographs soon after the event. What you are about to see is the Whirlpool Galaxy with the supernova highlighted. This is an amazing 380 billion years away travelling at the speed of our fastest spacecraft! The scriptures tell us of a time when the heavens shall pass away with a great noise. It is amazing to think that the magnitude of these displays are only a glimpse of God’s infinite power. I’m David Rives… Truly, The Heavens Declare the Glory of God.