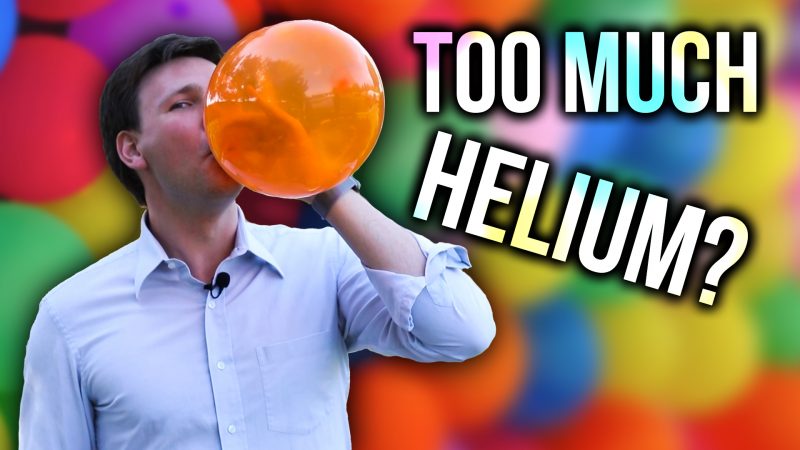 Why should you believe in creation, and not evolution? I mean, scientifically speaking. Haven’t we proven that evolution is a fact? The foundation for evolutionary ideas about the past is millions of years. Without the millions of years, it’s utterly impossible for evolution to have happened. Now, most people just take for granted that the earth is millions and billions of years old. But the evidence points in an entirely different direction. Here’s just one example. Many of the elements found in rocks are radioactive and decay over time. Two of these elements are uranium and thorium. When they decay, they produce lots of helium as a by-product. Now, helium is a very slippery gas and it doesn’t bond with any other element so it diffuses into the atmosphere quite quickly. Now, scientists in New Mexico were drilling into Precambrian rocks. These are the basement rocks of earth and are thought by many to be one and a half billion years old—a thought supposedly confirmed by radiometric dating. But, much to the surprise of these researchers, these supposedly old rocks contained large amounts of helium—over fifty percent of the helium that was produced was still there! Now, these rocks are deep in the earth and therefore hotter than other rocks. The hotter the rock, the faster the helium escapes. So why are these rocks filled with helium? Some atheistic and evolutionary researchers have tried to discredit the finding or explain it away but every attempt has fallen short. The evidence that these rocks CAN’T be over a billion years old just won’t go away. A maximum age, based on helium dating, is a mere 100,000 years. This is just a blink in an evolutionary scale and yet these rocks are supposedly some of earth’s oldest! Interestingly, based on current helium diffusion rates, the average age of these rocks is a mere 6,000 years old. Does that number sound familiar? Well, that’s the age of the earth that we get when we start with God’s Word. These Precambrian rocks are pre-Flood rocks from the time of creation. So, according to the Bible, they are roughly 6,000 years old. And this is exactly what the observational evidence suggests! Just one more scientific reason that you shouldn’t believe in molecules-to-man evolution. It takes a LOT of faith. I’m David Rives, Truly, the Heavens Declare the Glory of God.