On June 5th, 2012, I was able to photograph an amazing event that WILL NOT HAPPEN AGAIN IN OUR LIFETIME! The Planet Venus moved directly in between the Earth and Sun, and was seen as a black spot moving across the face of the sun. Using David Rives Ministries Mobile Observatory telescopes and imaging equipment, I captured the transit of Venus from beginning till the time the sun disappeared below the horizon. 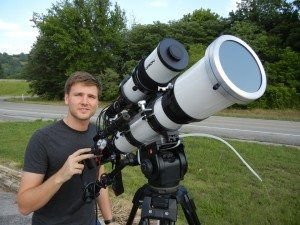 Once the scopes, cameras, and equipment were set up, solar filters were used on the primary scope, and all others where capped off to prevent accidental optics damage or permanent eye damage.

With the cameras secure, a few test shots of the Sun showed that everything was working smoothly. Notice several visible sun-spots on the surface. 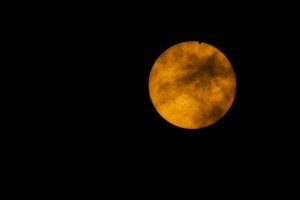 Precisely at the designated time, a quick photo from the camera revealed the shape of the planet Venus barely breaking the blinding light of the sun. Here in central Tennessee, where our observatory is based, light cloud cover formed wisps of darkness against the bright yellow background. 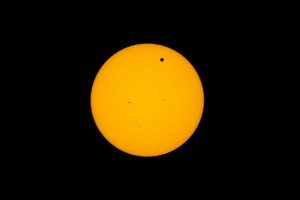 a few moments later, Venus was outlined completely against the circle of the sun, and its tiny apparent size could be seen. 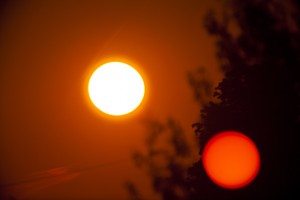 As the sun approached the horizon, Venus was still well less than halfway through its transit. 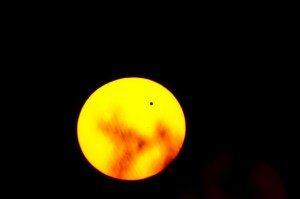 And as the sun disappeared behind the treeline at sunset, the incredible transit was hidden from our view, not to cross paths again in the next 105 years.

Sir Isaac Newton said that “Gravity… cannot explain who set the planets in motion. God governs all things.”
We don’t have control over the heavens, but we have the ability to observe God’s universe at work.