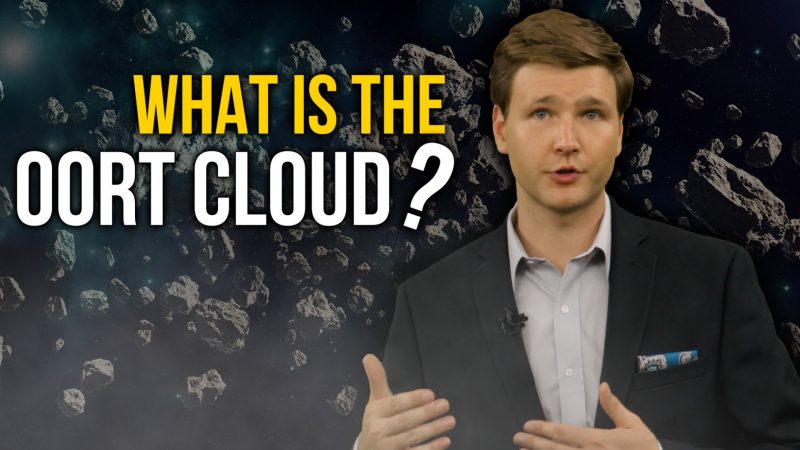 Have you heard of the Oort Cloud? For years, Cosmologists have discussed some type of Cloud or band that would explain the existence of long-period comets. Maybe a bit of background would be helpful, so let’s back it up a bit, and start with one of the most popular theories for solar system origins. Remember, though, history has proven that “most popular” doesn’t necessarily mean “correct”.

Comets are basically dirty ice balls, so they lose material when they approach the sun… that’s what causes the tail we see. Most comets lose mass quickly, especially when they’re closer to the sun. Some are shedding over 50 tons per second, even while they’re still 100 million miles away from the sun. Talk about a weight-loss regimen!

Short-period comets are comets that complete an orbit around the sun every 200 years or less. So, some simple (or rather not-so-simple) math would tell us that your average comet couldn’t survive more than 100 trips around the sun.

Now, let’s do some simple math at the maximum of a 200 year orbit.

That’s 200 years x 100 passes… twenty thousands years MAX before the comet is completely gone… just a note as we go through the figures: that fits perfectly within a Biblical timeframe. If the universe is 6k years old, then your average 200-year-orbit comet still has plenty of live left in it, while some shorter-period comets have already burned out for good.

Some researchers have supposed that these comets are originating from a region of space past Neptune, (which cosmologists have dubbed “The Kuiper Belt”) and while it’s hard to accurately detect these, we do observe some objects in that region. Whether that is a legitimate source for comets is yet to be seen.

Some comets interact with planets or other large bodies in their path, and probably are forced on a trajectory that will take them outside the solar system, lost forever. We lose some comets when they collide with planets – this is an observable phenomenon with examples in the recent past… think 1994 and comet Shoemaker-Levy hitting Jupiter. Some comets may even collide with other bodies in the darkness of space, but because of technological limitations (and the fact that most comets are relatively small), we’re not able to observe this.

But let’s look at the flip side of the coin: what if the solar system was formed around 4.6 billion years ago? Then short-period comets would ALL be gone within twenty thousand years… yet, we know of thousands that are still here.

Enter: The Oort Cloud. The magical invisible solution that supposedly rescues the theory of cosmic evolution… that is, until another problem arises. You see, it’s said that every so often, it spews a comet our way, and that’s where long-period comets come into play. This is the rescuing device to explain why we might still see comets after billions of years.
It’s worth mentioning that it’s a “theoretical” cloud. Yep, It’s invisible. It can’t be seen or observed.

Yet, Carl Sagan even went so far as to definitively claim that the comets in the Oort Cloud are about 20 Astronomical Units apart. Wait, did I mention we can’t see this with any current technology? I mean, how can these assumptions be scientifically stated?

The Oort Cloud is in the cosmological models because comets don’t make sense if we’re to believe in billions of years. But we’ve already looked at the math: Comets are no problem for BIBLICAL chronology.

So, what about long-period comets? According to secular literature, their far orbit brings them around the sun every 200 years or MORE. Okay, so physics would dictate that the orbital period of any comet can’t exceed 10 million years, and the maximum dates proposed for long period comets are a good bit less – around a million years. But a million years is far more than the Biblical timeline indicates, so does that mean that billions of years of evolution is vindicated?

First, we have to consider that orbital times can be drastically changed by planetary interactions and perturbations, and there is of course no way to indicate if a comet has ever made a trip around the sun in the far distant past. All we can do is calculate the path we see from a VISIBLE comet and simulate what its orbital path might look like (and how long and orbit might take) if the comet never has any interactions with other gravitational bodies. That’s a huge assumption.

And what’s the mechanism to get the comets out of the Oort Cloud to start with? If they’re just floating in the cloud, they aren’t suddenly going to hit the accelerator pedal and fire the thrusters till they start shooting toward earth! No, the proposed mechanism is much more random and undirected: somehow, gravitational forces from planets, space rocks, stars, or other comets tug on the comet. And they apparently tug so hard as to occasionally start the comet zipping towards us on a Sun-bound trajectory. Again, it sort of takes some imagination. All of this is in an attempt to explain why we still see comets if the universe is immensely old. If it’s an old Universe, normal, short-period comets should be all burnt out.

They are still going strong, so the assumption is that every so often, the invisible Oort Cloud hits a stray ball that just-so-happens to end up rapidly orbiting around our neighborhood.
I think that the whole thing is too contrived. But let’s say that in the future, the Oort Cloud was verified… there would still be no way to determine the age of the comets that originated from it, or whether the comets had been sitting there for thousands or billions of years.

It’s far more likely that short period comets, caught in a near pass with a planet, are sometimes swung into a very elliptical orbit which will take them far outside of our solar system, never to appear again.

So, what have we learned? All comets are perfectly reasonable within a Biblical timeframe. Short-period comets can be used as clocks in simulations and calculations, and would appear to indicate that the solar system is far less than 4.6 billion years old. The current lack of observational evidence for the phantom Oort Cloud makes it little more than a rescuing device for evolutionary cosmology. Should we find proof of it one day, it would only serve to confirm that some comets originate from great distances away. Many finds, from planetary magnetic fields, to spiral galaxies, to the abundance of highly-developed stars, are incompatible with an ancient universe.

The observational data from this and many other facets within cosmology is consistent with a much younger Universe. I’ll take it one step further… it is consistent with the Universe described in the historical record found in the Biblical book of Genesis.