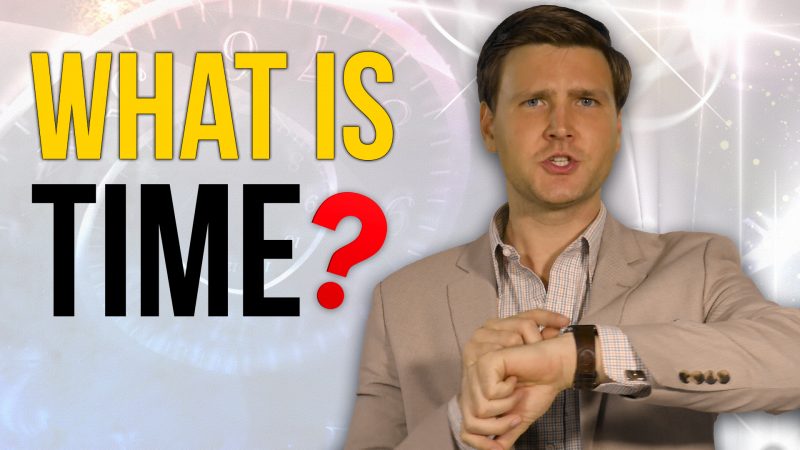 If you were asked to define time, how would you do it? You might say “it’s what the numbers on the clock represent,” or “it’s a measurement based on the movements of the sun, moon, and earth,” or you might even get really philosophical and say “a linear progression of moments.” And these are just some of the definitions you could have chosen! Each of these captures a little bit of what time is but fails to really explain it.

Physicists still don’t really understand what time is. We can measure it extremely precisely though. For example, atomic clocks can measure time within about 3 hundredths of a second over a million years! That’s precise! And yet what exactly time is remains elusive.

Here’s what we do know. Time’s considered a basic concept and not dependent on or made up of anything else. Time moves in an arrow. This means time goes one way—forward—from a starting point in the past.

In classical physics, time is considered to be mathematical, imperceptible, and moving at the same pace for everyone everywhere. But relativity changed that view of time. Now we have to take into account time dilation, gravitational time dilation, and the idea that time is part of the four-dimensional space-time. Sound confusing? You’re not alone!

And, what you believe about time actually has a lot to do with your starting point. For physicists who start with naturalistic evolutionary ideas about the origin of the universe, the origin of time and its eventual fate is a mystery. But if we start with the Bible we can know when and how time began, and what will happen to it in the end.

Now, the first verse of the Bible says “in the Beginning, God” – which that word “beginning” refers to the institution (or creation) of time itself. But if the Bible is true, which I believe it is, there’s a day coming when time will be no more. Those who have put their faith and trust in Christ and what He did for them will spend eternity with Him where there will no longer be any day or night. We’re told that Yahweh, the God of the Bible will be our everlasting light. What a joyful time—without time—that will be!