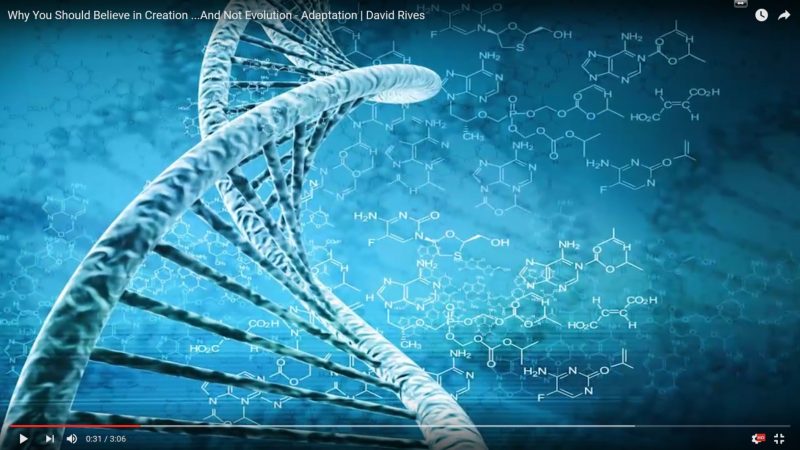 Why should you believe in creation, and not evolution? I mean, scientifically speaking.
Haven’t we proven that Evolution is a fact?

Okay, so here’s the thing: Let’s define evolution, because if you’re talking about micro-adaptation, or birds with long beaks versus short beaks… that one is an easy YES! Animals within a group (let’s say, loosely, the canine family) can adapt to their surroundings because of extra information in their genetic sequence.

So, how does this work? Basically, you take a dog… let’s say he’s got nice long hair – and you breed him with another. Let’s say that she’s got really short hair. Well, with the genes from both parent dogs in the offspring, you could come out with a long-haired puppy, one with short hair, or anything in between. The genetic variety is there. But as you do more selective breeding… Say, only using short-haired dogs… then pretty soon, the genetic information for long hair is going to be weeded out. Sort of switched off. That’s what happens. It’s observable, and we’ve done it tens of thousands of times.

But think about what’s happened! The more time that passes, the dogs are either losing information, or more genes are being switched off. For upwards evolution, we need a continual increase of information over time. Not only do we NOT see that happening, but it’s not going to magically start happening, even if you give it millions of years. And the other thing to remember is – there seem to be definite boundaries within the animal kingdom. The old jokes we used to tell, like “What would you get if you cross a giraffe with a rooster?” – Well, it’s funny, but that doesn’t happen in nature. One kind of animal never changes to another. It’s also REALLY funny, because that’s what Darwinian evolution entails. They tell us “just… give it enough time!” – and they’re not joking!

So, MAYBE adaptation is better explained from a creation standpoint… a Creator, designing specific kinds of animals complete with a diverse genetic code capable of self-adjusting… But what about mutations? We’ll touch on that some other time, and you’ll see that there are major problems with that as well from an evolutionary standpoint.