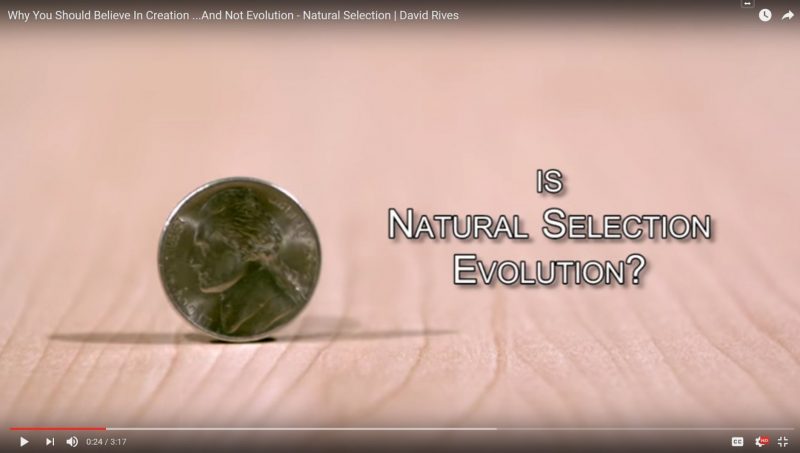 So, what do I mean by this? Well, many people think that natural selection and evolution are the same thing. Even experts who should know better give this impression or even state it outright.

I’ll give you an example. One of the most common “proofs” for evolution is antibiotic resistance in bacteria. Have you ever heard the claim that bacteria are evolving to become resistant to our antibiotics? Well, what’s happened is the bacterium has either lost information or gained already existing information by swapping it with another bacterium.

Now let’s say scientists develop an antibiotic that binds to a certain protein in the bacterium and kills it. But one bacterium has lost the information to make that protein (probably through a mutation), so the antibiotic doesn’t kill it and it lives to reproduce.

This is natural selection in action. The environment—in this case an environment with an antibiotic—has selected FOR the bacterium with the lost protein and AGAINST the others. — Has evolution just happened?

Not at all. You see, evolution is something entirely different. It’s an un-observable process by which small changes over a long period of time are supposed to change one organism into an entirely different one.

Well, in order to do this, you need a lot of brand-new genetic information. And by a lot, I mean A LOT. To change a single-celled
creature into an Albert Einstein you need brand-new genetic information to make arms, legs, a brain, a complex nervous system, a circulatory system, and, um, the list goes on! Natural selection is supposed to be the driving force of evolution.

It’s even in the title of Charles Darwin’s most popular book, On the Origin of Species By Means of Natural Selection. But what Darwin didn’t know then was that natural selection can’t create brand-new genetic information. It’s never been observed to do this.

In the case of the bacterium we looked at, it either LOST information or gained already existing information. Nothing brand-new was created!

So, if natural selection can never create the brand-new information that evolution needs, how can it be considered the driving force of evolution?