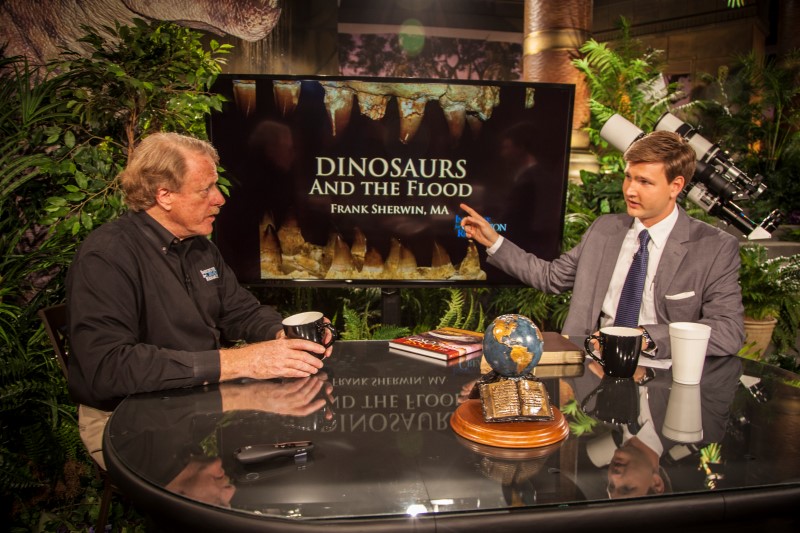 Tune in to TBN (Trinity Broadcasting Network) THIS Friday, November 4th @ 5:30pm CDT (3:30pm Pacific) to see this week’s episode of “Creation in the 21st Century.” Join David Rives (host) as he welcomes Frank Sherwin to talk about “Wonders of the Human Body.”

If you watched the program and want related material, we have an awesome DVD series Just click the photo and links below to go to our store. 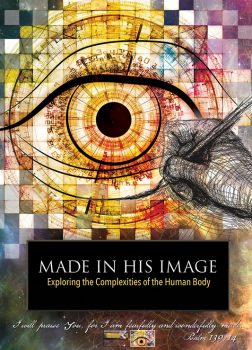 Following the enthusiastic response to their groundbreaking Unlocking the Mysteries of Genesis DVD series, the Institute for Creation Research offers Made in His Image, a 4-episode series that will take the audience on a journey through the most complex and miraculous creation on Earth—us.

There is no better example of complex, conscious design than the human body. This awe-inspiring series will explore some of its most extraordinary systems, which are so perfectly designed and masterfully engineered that the viewer will be left with no doubt that we are indeed created by an expert designer, God.

Produced from a biblical perspective, Made in His Image will inspire audiences by looking at the human body in all its wonder-fully functional, fully human, and fully created in God’s image.

Featuring medical, engineering, and other experts like Dr. Randy Guliuzza, Made in His Image will fascinate audiences with mind-blowing facts, dazzling imagery, and memorable illustrations.

The four episodes will examine the stages of human development and show that everything we need to fulfill God’s plan is instilled in us from the first moments of life. Each episode reinforces the knowledge that every human is special to God. He has endowed each of us with unique physical abilities, intellect, and spiritual lives to fulfill His purpose.

Episode 1: The Miracle of Birth. This episode shows the amazing development of a child from gestation to birth. Only a masterful creator could have designed a system that allows a child to thrive in a watery world for nine months then suddenly live in an air-breathing environment at birth.

Episode 2: The Marvel of Eyes. This episode explores the incredibly complicated human visual system and its vital role in our cognitive development from infancy through adulthood.

Episode 3: Uniquely Human Hands. This episode reveals the purposeful design of human hands and muscles that gives us unique abilities controlled by a sophisticated nervous system.

Episode 4: Beauty in Motion. This final episode illustrates the peak of human ability through athletic performance and revisits the aspects of complex design that confirm divine creation.